Exclusive: Asians need to “Step Up” when it comes to Cancer 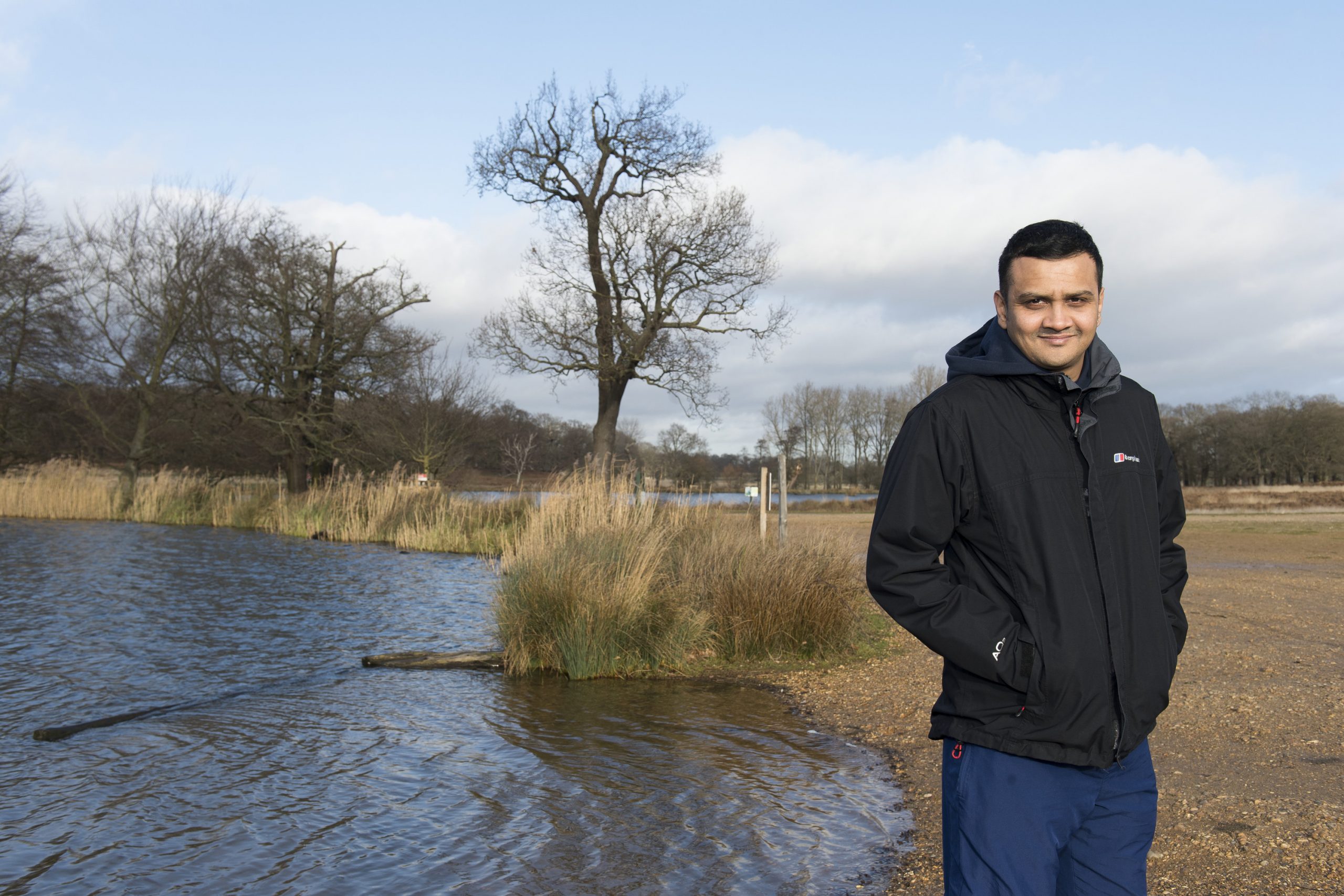 His cancer came without notice, and for three months Keyur Patel – known as Kiwi – was planning his own funeral.

Now, 10 years on, Kiwi is “grateful” that he can tell his story and live the life he thought would end prematurely.

The Met police sergeant remembers vividly the day he found he had cancer.

“I didn’t really notice anything until I collapsed at work,” he told Eastern Eye.

“I was working as a detention officer in 2012 and September of that year I went into work as normal, got changed, did my cell checks, and I started to feel a little bit ill.

“Then I just gradually got worse and worse.

“My sergeant was taking me out to the waiting room to get me to sit down and I blacked out.

“They called an ambulance, and I got the blues and twos [lights and sirens] to Charing Cross [hospital].

“They ran a whole heap of tests, and then eventually they took blood from my artery and that’s what confirmed that I had chronic myeloid leukaemia.”

Chronic myeloid leukaemia or CML is a type of blood cancer.

According to the NHS, it is when “the spongy material inside some bones (bone marrow) produces too many myeloid cells – immature white blood cells that are not fully developed and do not work properly”.

It is most common in people aged 60 to 65. Doctors diagnosed that Kiwi had CML when he was 31.

“My initial thoughts, and the words that I used with the doctor were, how do we beat it?” he recalled.

“The doctor said, did you hear what I said to you? I heard what you said, but just tell me how we beat it.

“We’ve got to be able to beat it somehow, I said, so just tell me what we need to do.

“And that was it, that was kind of my initial reaction, my gut feeling was I’m going to fight this, no matter what.”

By his own admission, Kiwi’s early life was troubled, and it was the scouts where he realised he “wanted to make a difference to the world”.

Since then, he has devoted his life to public service.

Kiwi told Eastern Eye that when it comes to religion, he is agnostic, and he could not bear it when his relative told him his cancer was part of God’s plan.

He said with brutal honesty, “My mum and some others were like, don’t worry, God has a plan, it will be okay.

“A few times I lost my temper, and I said, look I don’t want to hear it.

“Do me a favour, if you want to talk about God, and all that sort of stuff, do it somewhere else, don’t do it in front of me, right?

“Don’t sit there and tell me that God’s an amazing person, because I’m sitting in front of you, as someone who’s dedicated 10 years of their life giving to the community, and I’ve got cancer.”

Kiwi also knows that some in the Asian communities think that illnesses, such as cancer, are considered to be a punishment from God, that you had done something wrong in your life.

It made him question why he had cancer.

“Some members of the community even voiced it.

“You’ve obviously done something wrong to upset God, because we all believe in karma.

“We all we all believe in reincarnation, and what have you.

“So, there was still a part of me thinking, seriously, what have I done?

“I had a troubled upbringing, when I was younger.

“I wasn’t the most well-behaved child, one or two wrong turns and my life would have ended up very, very, very differently.

“Scouting was the intervention that got me out of it.

“So, is that the reason this has happened to me?

“Is it because I maybe lost my temper with my parents a few months ago, because I was angry, is that why I’ve got cancer?

“So, all these thoughts do go through your head.”

Previously Eastern Eye has reported that the health secretary wants south Asians to get screened for cancer.

We also highlighted that the NHS is conducting the world’s largest multi-cancer screening trial.

It is being run by Cancer Research UK and King’s College London Cancer Prevention Trials Unit in partnership with the NHS and healthcare company, GRAIL.

Researchers have told this paper the procedure is “a simple blood test”.

It works by finding chemical changes in fragments of genetic code called cell-free DNA which leak from tumours into the bloodstream.

“What we’re doing is working with the NHS, to try a new technology, which is called the Galleri test, which is a blood test, which, from work that we’ve done in terms of clinical work already, said Sir Harpal Kumar, president of GRAIL Europe.

“We know can detect more than 50 different types of cancer from that single blood sample.”

“We look at is very specific markers in their DNA.

“These are very specific pieces of information that are aberrations if you like in the DNA, that give us an indication of whether someone is likely to have cancer or not.

He urges south Asians to take responsibility and take part in the project.

“We need to start getting involved. To me the days have gone where it’s somebody else’s problem because eventually somebody close to you is going to be in the same position that I was in when I was diagnosed.”

What he wants is for people of colour, especially south Asians, to understand they need to get on the data base for bone marrow transplants.

“When I was diagnosed, they said the next few months was going to be touch and go.

“You need to establish if you’ve got a bone marrow match.

“If I was a white male, exactly the same age, I would have a better chance of finding a bone marrow match.

“If I was a south Asian male, I wouldn’t have as good a match or chance.

“What that tells me is not that I’m a real oddity. It just means that members of our community aren’t stepping forwards.

“I know this is going to sound really harsh, and I don’t mean it to, but if you think it’s not your responsibility, I would urge you to think otherwise.

“It really is your responsibility.”

Kiwi is not in remission, but he remains on medication to keep the disease at bay.

“I feel lucky and blessed because of what’s happened to me in a funny sort of way.

“I spent the last five years doing a lot of wellbeing stuff, started a charity walk which is going to run again this year.

“We’ve raised close to 12,000 pounds for the blood fund at Hammersmith Hospital.

“I wouldn’t have raised that if I didn’t have cancer.”

Whatever people living with cancer need to ask, big or small, Macmillan Cancer Support will do whatever it takes to help everyone who needs it. Call Macmillan’s free support line on 0808 808 00 00, 7-days a week, 8-am-8pm, or visit macmillan.org.uk.