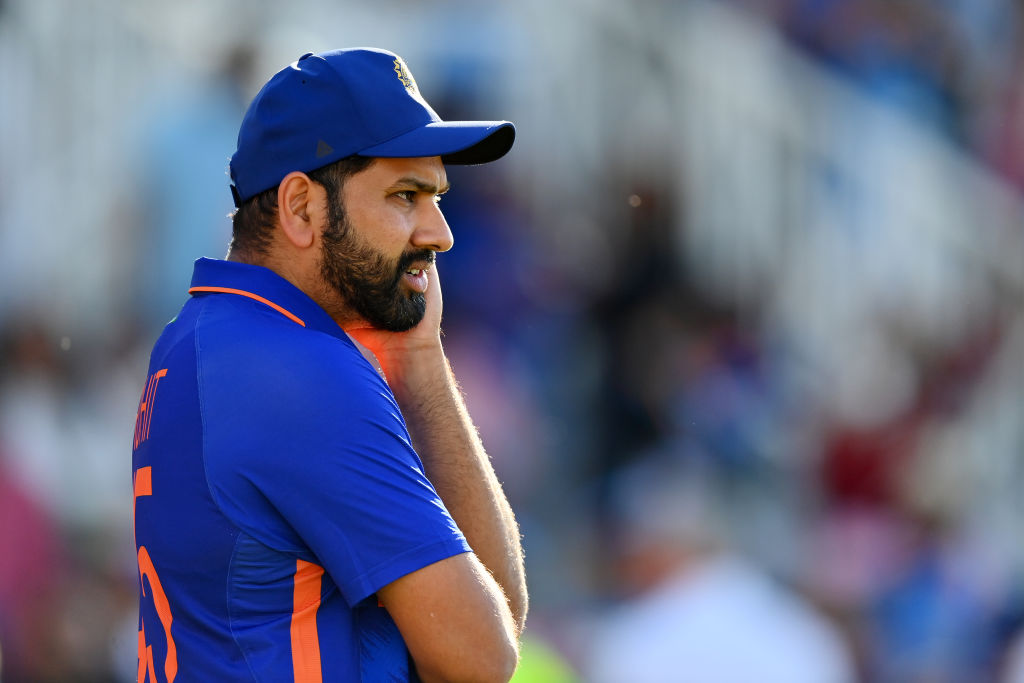 The Indian skipper got to this landmark during the first ODI against England at The Oval in Kennington on Tuesday. In the match, Rohit played a fantastic knock of 76* off just 58 balls, in which he hit seven fours and five sixes.

A six on a delivery bowled by pacer Brydon Carse in the 19th over helped Rohit reach the landmark. He hooked the second ball of the over through the fine leg area.

Now, he has the fourth-highest number of sixes in ODIs, behind Sanath Jayasuriya (270), Chris Gayle (331) and Shahid Afridi (351).
A match-winning spell of 6/19 by Bumrah and Rohit Sharma’s half-century helped India gain a 1-0 lead in the three-match ODI series against England after a ten-wicket win in the first ODI.