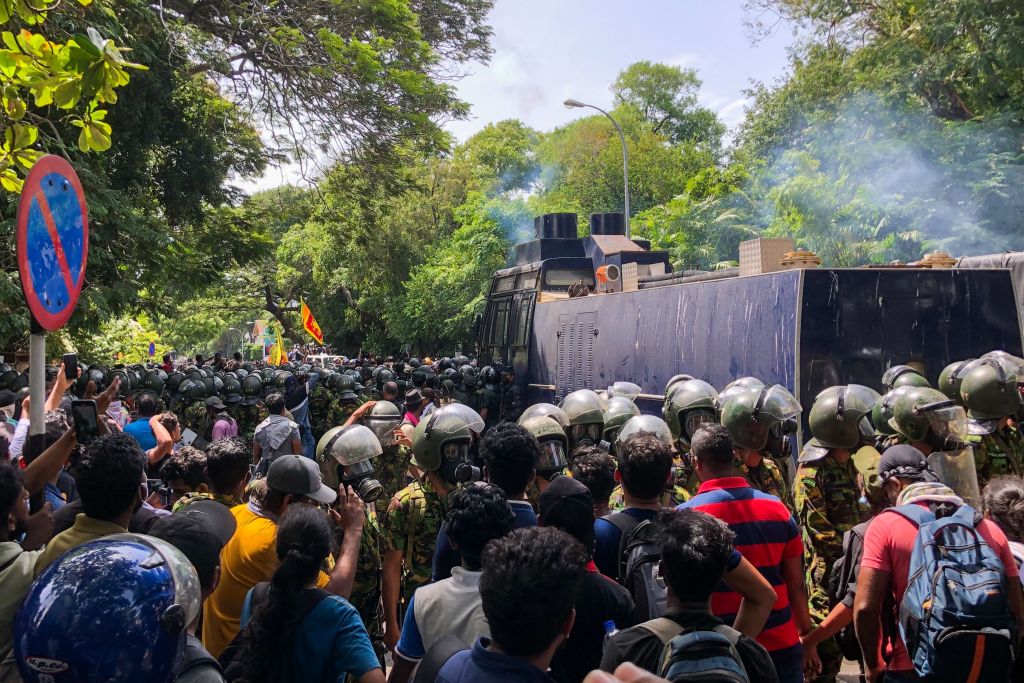 Amid reports that embattled President Gotabaya Rajapaksa has appointed Prime Minister Ranil Wickremesinghe as the interim President of Sri Lanka, the country’s main opposition leader Sajith Premadasa on Wednesday said that the PM cannot exercise the powers of President, and cannot declare a curfew or a state of emergency.

Wickremesinghe today declared an emergency and imposed a curfew in the western province of the country as protests intensified following Gotabaya Rajapaksa’s escape to the Maldives. A state of emergency was declared as protesters came prepared to face tear gas shelling by security forces deployed outside Wickremesinghe’s residence. Air patrolling also began around the PM’s residence.

“In the absence of any of these, the PM cannot exercise the powers of President, and cannot declare curfew or a state of emergency,” he said in another tweet.

The Daily Mirror newspaper reported that Wickremesinghe also ordered the security forces to arrest those acting in a riotous manner.

Military personnel used tear gas shells to disperse protestors who scaled the wall to enter the Sri Lankan PM’s residence in Colombo.
“We want the PM to resign because as per our constitution if the President resigns, the PM becomes the acting President. People want both of them to leave. Police took action by tear gas shelling. Army troops moved in,” said a former advisor to the Sri Lankan Foreign Affairs ministry.

The crisis-hit island country’s Parliament Speaker Mahinda Yapa Abeywardena said that he is yet to receive a letter of resignation from Gotabaya. “We haven’t received President Gotabaya’s resignation yet, but we hope to get one in a day,” Abeywardena told ANI.

73-year-old Gotabaya Rajapaksa had gone into hiding after crowds of protestors stormed his residence on July 9 and he had announced that he will resign on July 13.

The country is facing a severe shortage of fuel and other essential supplies and is in the throes of its worst economic crisis with soaring inflation.