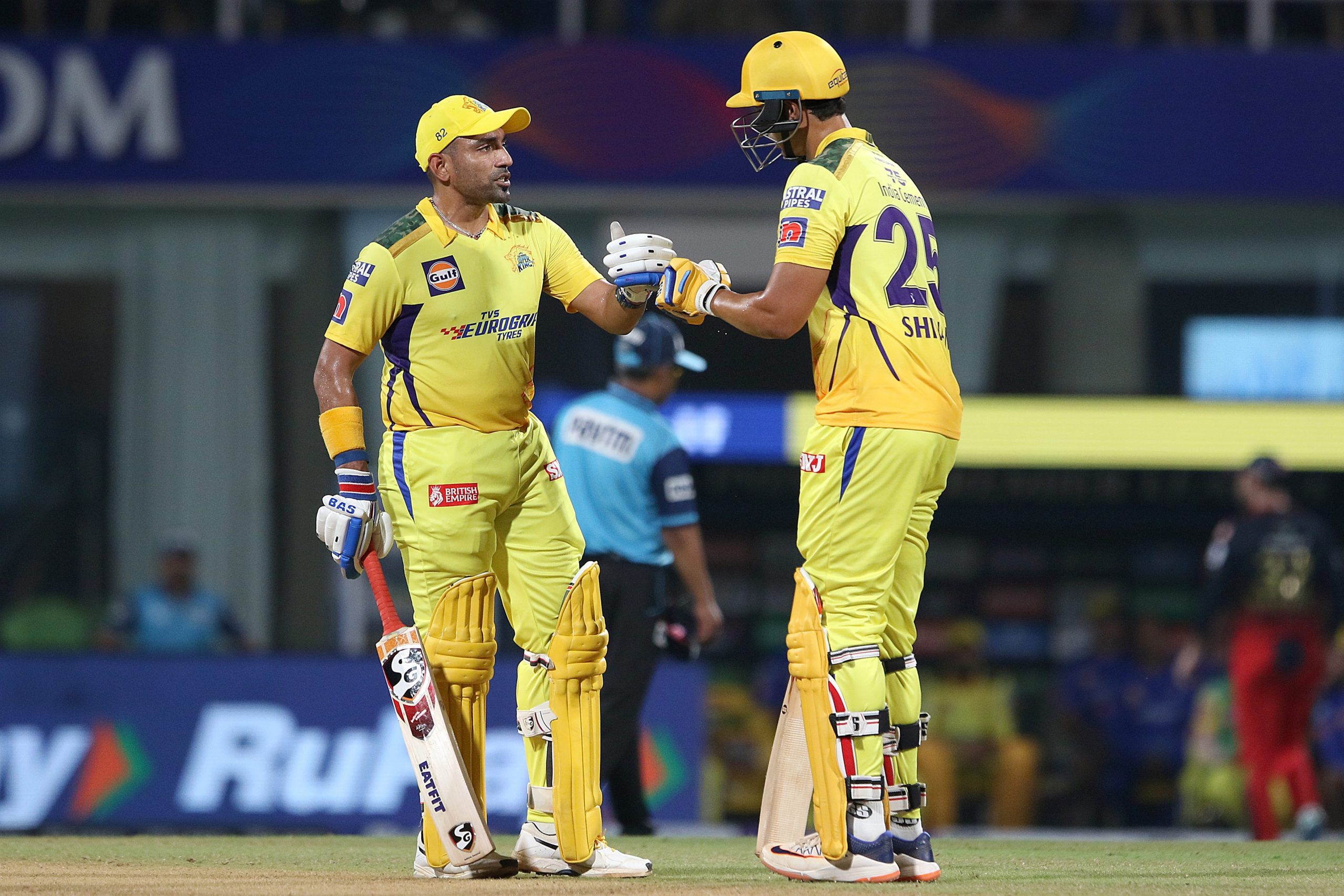 Dube struck an unbeaten 95 and Uthappa hit 88 as the pair built a third-wicket partnership of 165 to drive Chennai to 216-4 against RCB in Mumbai.

Chennai, led by new skipper Ravindra Jadeja, then kept Bangalore to 193-9 to win by 23 runs after a threatening 34 off 14 from Dinesh Karthik.

Four-time winners CSK, who had a change of captaincy before this season after Mahendra Singh Dhoni stepped down, bounced back from their opening four losses.

Jadeja said there was no pressure on him after the initial setbacks.

“Our owners and management don’t put pressure on me. As a captain I still pick the seniors’ brain. Of course, Mahi (Dhoni) bhai is there,” Jadeja said.

“I am still learning and each game I’ll try to get better. We have plenty of experience in the dressing room. It comes into play. We don’t panic early and try to keep calm and back ourselves.”

The 36-year-old Uthappa was dismissed after a 50-ball blitz laced with nine hits over the fence, as he fell to Sri Lankan spinner Wanindu Hasaranga who also got Jadeja for nought with his next ball.

Dube missed out on a century, but smashed two more sixes in the final over from Josh Hazlewood to steer Bangalore to the highest total of this season’s tournament.

Chennai reached 60-2 in 10 overs before Uthappa and Dube, who was named man of the match for his 46-ball knock, tore into the opposition attack to plunder 156 runs from the next 10.

“I back my game and hit the ball that’s in the zone. My confidence is up,” said Dube, who is just 11 runs behind this season’s leading batter Jos Buttler (218) of Rajasthan Royals.

“I have tried to lift my game to the next level from how I play in domestic cricket.”

Former captain Virat Kohli fell for one and Jadeja bowled Glenn Maxwell with his left-arm spin after the Australian batter made 26 off 11 deliveries. Bangalore slipped to 50-4.

Shahbaz Ahmed (41) and Suyash Prabhudessai (34) attempted to hit back in a partnership of 60 but Theekshana bowled both batters to finish with figures of 4-33.

Chennai moved up from the bottom of the 10-team table above five-time winners Mumbai Indians, who remain winless in four matches and will look to get off the mark on Wednesday against Punjab Kings.