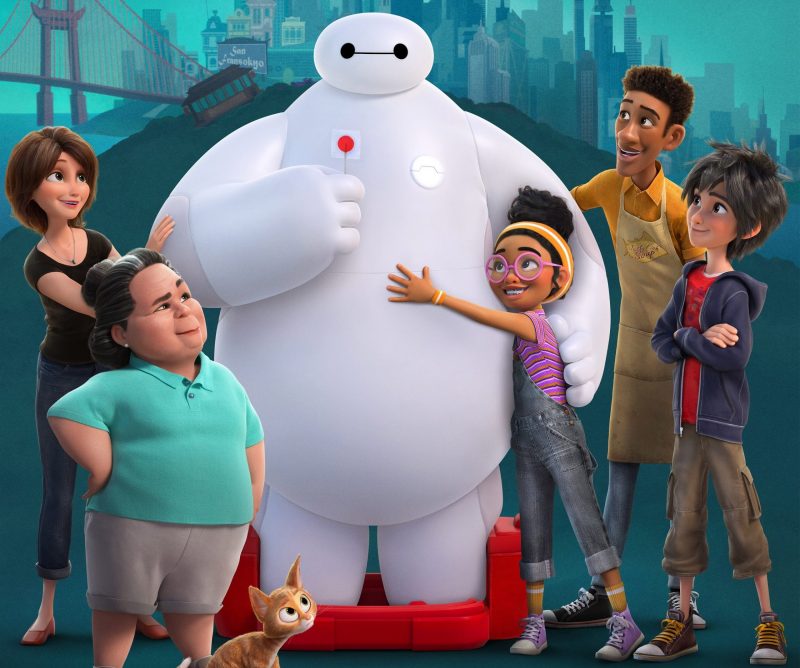 Christopher Rufo, the conservative academic from the right-leaning think tank the Manhattan Institute stated on his Twitter account,  “obtained leaked video” on Tuesday from an upcoming episode of “Baymax!”, which is a six-episode spinoff of the popular hit film “Big Hero 6.”

EXCLUSIVE: I’ve obtained leaked video from Disney’s upcoming show “Baymax,” which promotes the transgender flag and the idea that men can have periods to children as young as two years old.

It’s all part of Disney’s plan to re-engineer the discourse around kids and sexuality. pic.twitter.com/y1ATnKCEce

The scene in question that is highlighted by him shows a  transgender man who is wearing a shirt with the transgender pride flag shopping in the tampon aisle of a supermarket.

Baymax is an inflatable robot who is also a healthcare provider. He too is shopping for sanitary products to help a 12-year-old girl named Sofia who in an earlier episode confided in him that she was having her first period.

Baymax is shown as asking the shoppers to help him buy the correct product, reports the Houston Chronicle.

Sofia had earlier old the robot about her menstrual cycle during an intimate conversation in an all-gender bathroom – she was about to perform at school event and realised the dispenser was empty! She was anxious as she didn’t have any period products with her.

Eager to help his friend, Baymax heads to the supermarket to do some shopping for the same. Here, he is surrounded by shoppers offering their recommendations.

While one woman says she “prefers pads” another woman hands Baymax another period product.

The transgender too offers his own recommended product saying “I always get the ones with wings.”

Rufo has accused Disney of promoting “the idea that men can have periods to children as young as two years old.” He is quoted as saying that they are trying to “re-engineer the discourse around kids and sexuality.”

His tweet has been viewed over six million times and the activist has received tens of thousands of likes, comments and retweets.

Though many mocked and opposed Rufo’s viewpoint, several have also backed him and voiced their support.

Earlier this year, a Disney executive vowed that the company would produce more entertainment content that featured characters from underrepresented groups, such as racial minorities and the LGBTQ community.

Republican North Carolina Congressman Dan Bishop has called the scene “woke nonsense,” while California U.S. Senate candidate James Bradley is reported to have said, “Disney has gone off the deep end and they don’t even care anymore if it bothers you.”