‘DI Ray shows what is possible’ 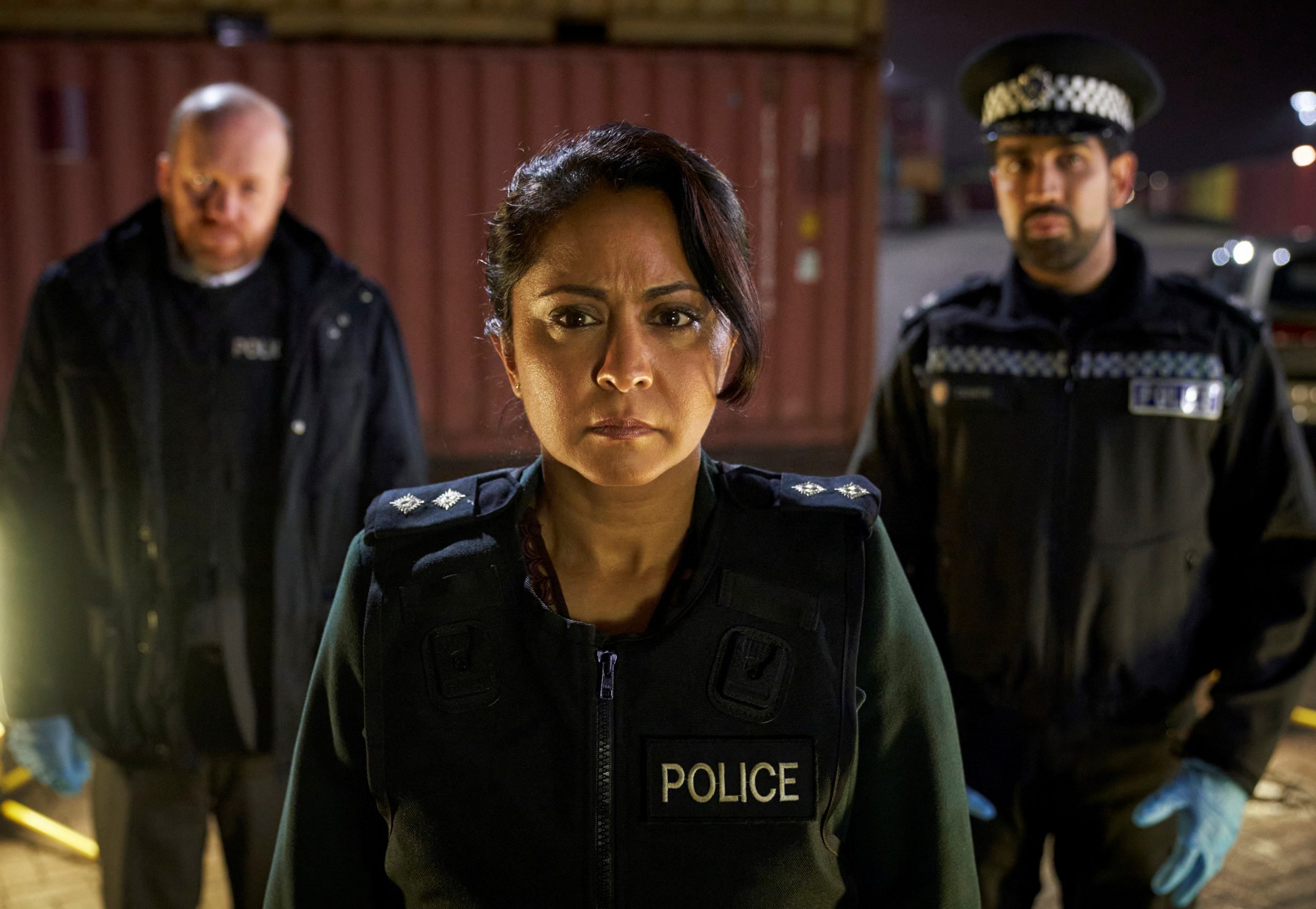 THE significance of DI Ray on ITV was that such a crime drama, with an Asian actress in the lead role, has been made at all – Parminder Nagra plays Detective Inspector Rachita Ray in the four-episode thriller which ended last week.

Parminder – if I can call her by her first name – is now an experienced actress with an impressive CV. Most viewers will remember the 46-year-old from Gurinder Chadha’s hugely enjoyable 2002 film, Bend It Like Beckham, in which her character Jess Bhamra wanted to play football rather than learn to cook aloo gobi as her mother (played by Shaheen Khan) wanted.

But I can go back a bit further. We once chatted when we caught a bus in north London. That was in the days when she was yet to become an international celebrity. Parminder Kaur Nagra (“Mindi” to friends) is a Leicester girl, born there to a Sikh immigrant family on October 5, 1975, but she is now settled in Los Angeles.

I have found my notes from 1997 when she was cast as a little boy in the Tamasha Theatre Company’s memorable production of A Tainted Dawn. That year marked the 50th anniversary of the Partition of India. The play was based on Bhisham Sahni’s Pali, a poignant story set in the time of India’s partition about a young boy who is accidentally left behind by his Hindu parents, who return years later to reclaim him from a Muslim couple who have lovingly brought up “Altaf” as their own child. When he is taken back to India, the religious elders want to cleanse him and make him Hindu again. The traumatised boy sits down and shocks all around him by offering namaz.

“It is, by far, the best thing Parminder has done,” I wrote at the time.

Despite all the wonderful things she has done since then – play Dr Neela Rasgotra, for example, in 129 episodes in the NBC medical drama series ER from 2003 to 2009 – I think that is still the case. Firstly, A Tainted Dawn is a very powerful story. Secondly, the play proved that Parminder is a very special actress.

“Ms Parminder Nagra, film, stage and television actress”, came back in 2007 to receive an honorary Doctors of Letters from Leicester University.

In her acceptance speech, a tearful Parminder said: “You have no idea how much this means to me. A degree is something I had always wanted but had thought it was something that had just passed me by.”

She added: “The inspirations of my life were …God, I’m getting emotional….right there under my nose, my mother and family and amazing mentors, who have come and gone throughout my life, but people who I have always remembered.. I come from a very normal background.”

And she recalled her mother’s words: “‘If there is a roof over your head and food on the table, then everything will be fine.’”

Twenty-five years on from A Tainted Dawn, fast forward to DI Ray. She plays a police officer with an Asian heritage who had grown up with English girls, dated white men and never heard of Lata Mangeshkar. Her boyfriend, DCI Martyn Hunter (Jamie Bamber), who has bought an engagement ring for her, is a white police officer but she is not quite ready to marry him. It turns out her boss, Supt Ross Beardsmore (Ian Puleston-Davies), has recruited DI Ray more for her ethnicity than her professional qualities.

There are some familiar Asian faces in the cast, including Shaheen Khan and Simon Nagra. Among the newcomers is Maanuv Thiara, who plays DI Ray’s close colleague, PS Tony Khatri.

DI Ray is called upon to solve the murder of a Muslim man, Imran Aziz. Since he had a Hindu girlfriend, Anjuli Kapoor, her brothers – Kabir and Navin Kapoor – are accused of the killing by senior officers. Only DI Ray isn’t convinced this is a “culturally-specific homicide”.

There are shades of Line of Duty in DI Ray. That’s partly because Jed Mercurio, who wrote the hit TV series, is an executive producer in the latter show. And DI Ray has been written by the actress Maya Sondhi, who played PC Maneet Bindra in Line of Duty and had her throat slit in episode five.

DI Ray is partly about bent coppers but it is also to do with the casual and institutional racism faced by Parminder’s character. This is probably why Neil Basu should be made Metropolitan Police commissioner in succession to Dame Cressida Dick. When DI Ray expresses irritation at being stereotyped, it is she who is accused of bullying and subjected to disciplinary proceedings.

Sondhi was asked what she felt about writing a series led by a 40-something woman of colour. “When I was in the edit, I felt choked up just watching Parminder in pretty much every scene, remembering that I didn’t have this when I was little,” she replied.

“I didn’t have that person to watch, I didn’t have that heroine. I had white women to look up to, which is fine, but I could have done with more people that looked like me on TV. I’m so excited for the future generations of kids coming up, who will be able to see themselves on the telly and see what they could be. I want to be part of that. I can’t believe it’s taken so long, I don’t think we’ve had it before enough in drama.”

The Parminder of 2022 is obviously not the Parminder I knew in 1997. “I live in LA now and it’s not always easy for me to make decisions about being away from home,” she admitted.

She pointed out: “The show tackles everyday racism head-on, doesn’t it? Yes, it’s those subtleties that we probably haven’t seen much of on TV. I can’t think of any examples off the top of my head, I don’t think we’ve seen a lot of what happens day to day. The other day I went somewhere for work, I’d been there four times and the person still kept misspelling my name…. Rachita has a similar moment when her lanyard gets mixed up, and she is given somebody else’s… I remember on ER, I’d speak to the writers about this quite a lot, and we included some moments, like when a patient would tell my character, ‘You speak pretty good English’ and I’d look at her and say, ‘Yes, better than you probably.’

“Rachita’s thing is that she’s part of a whole generation of people born and brought up in the UK who see themselves as British. I’m British but you still have those stumbling blocks. With Rachita she also has to work twice as hard to be recognised for the work she does.

“I can see the change with the likes of Bridgerton, but in DI Ray, this is my generation of women…. That was the main appeal for me that I’m not playing the best friend of somebody or a secondary character, it’s all about Rachita.

“One day I would love to play a character who isn’t thinking about her identity – Bend It Like Beckham was about her identity, too. But those parts are really hard to come by or actually don’t get made very often.”