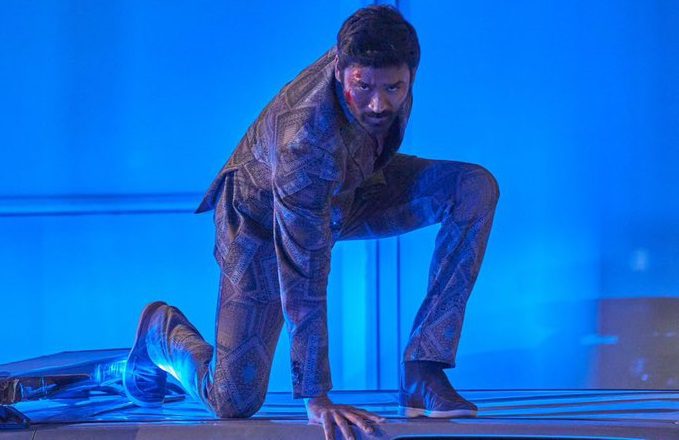 The first look of Dhanush from his upcoming Hollywood film The Gray Man is out. In the first look, the award-winning actor poses like a superhero with a fierce expression on his face. Directed by Anthony and Joe Russo, the film is set to start streaming on Netflix on July 22.

Dhanush had earlier announced on Twitter, “Elated to announce that I will be joining the team of Netflix’s The Gray Man starring Ryan Gosling and Chris Evans, directed by The Russo Brothers (Avengers, Captain America: Winter Soldier). Looking forward to being a part of this wonderful action-packed experience. My sincere thanks to my dearest fans from all over the world for all the love and support you have been showing me throughout these years. Love you all. Spread Love… !”

Dhanush made his international debut with the 2018 film The Extraordinary Journey of the Fakir.

The upcoming film is based on the 2009 Mark Greaney novel about a freelance assassin and former CIA operative named Court Gentry. Indian actor Dhanush is also part of the film. “Gosling headlines as the titular agent, an elite cloak-and-dagger CIA operative who’s so ghostlike, even his real name is unknown. When he accidentally uncovers hidden agency secrets, he finds himself tangled in an international conspiracy, as an unhinged former colleague (played by Evans) puts a bounty on his head,” reported a publication.