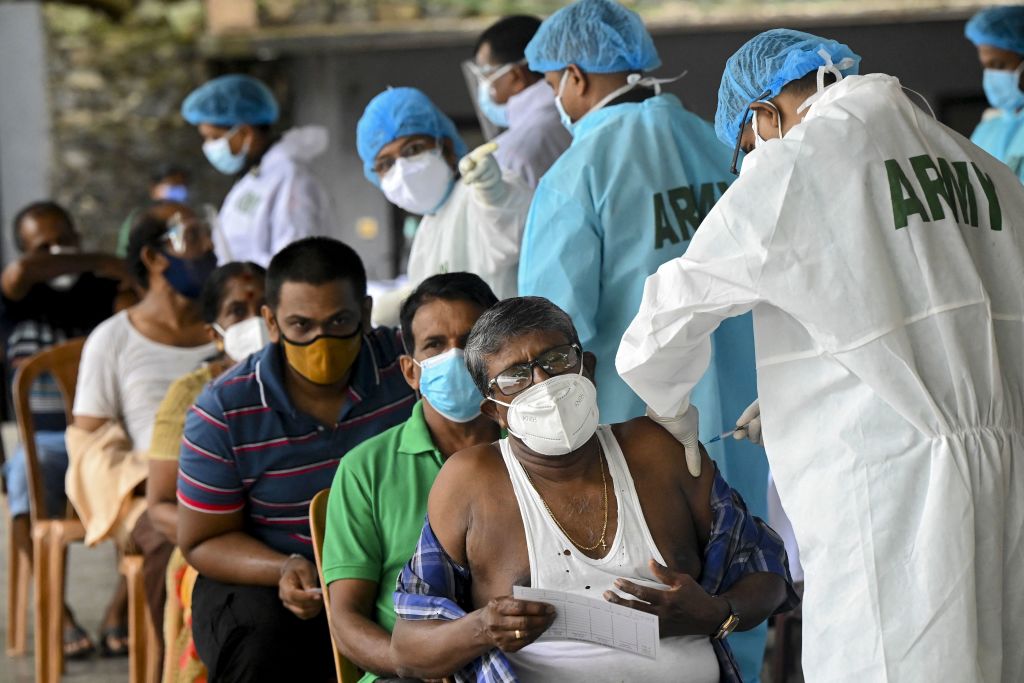 Army health officials inoculate people with a dose of the Sinopharm vaccine at a camp in Colombo on July 15, 2021. (Photo by ISHARA S. KODIKARA/AFP via Getty Images)

SRI LANKA’S government has admitted that the Delta variant of the coronavirus could be seen in every district of the island.

The admission by the government came on the day when the country received 90,000 doses of the Pfizer vaccine from the US.

While 68 cases of the Delta variant were officially recorded in the country, there could be more undetected cases, deputy director general of health services Hemantha Herath said on Monday (26).

“It’s apparent and visible that the Delta variant is becoming the most dominant in the world and our country is not an exception,” he told the Daily Mirror Online.

The admission follows a warning from Sri Lanka’s Association of Medical Specialists that the situation could turn from bad to worse unless the restrictions were reviewed.

Its president LakKumar Fernando also expressed surprise that the local medical authorities are granting their approval for Covid-19 vaccines with insufficient data on their efficacy against the Delta variant, first detected in India.

“It is baffling to see the local medicinal authorities approving the Covid-19 vaccines that are not backed by sufficient data on the Delta variant, whereas other countries are going with vaccines that are suitable to fight against the variant.”

He said the number of people allowed at social gatherings should be reduced to avoid super spreading events.