In an exceptional move of inter-faith solidarity in New Zealand, the Jewish community has led a fund-raising drive to help the Muslim community, following the horrific terrorist attacks in Christchurch in March.

The attack on two mosques killed 49 people, and left bereaving and heart-broken families. New Zealand prime minister Jacinda Ardern described it as one of her country’s “darkest days”.

This positive and generous gesture saw $1.1 million raised by the Jewish communities of New Zealand, Australia and America. This New Zealand Abrahamic fund was officially gifted to the victims of the Christchurch Mosque attacks via The Christchurch Foundation on Wednesday (17 July). A ceremony took place where the money was symbolically handed over to Christchurch Mayor Lianne Dalziel.

The money was raised not only from the New Zealand Jewish community, but also Jewish communities in New South Wales and the US, including Pittsburgh, where the community suffered a terrorist attack last October.

The Fund will distribute grants to the Muslim community, and this will be decided by guidance from both the Muslim and Jewish communities. Party of the money will go to inter-faith activities. Both the Jewish and Muslim communities, globally, have been victims of terror at the hands of white supremacists, and the donation is an act of solidarity and friendship.

Ibrar Sheikh from the Federation of Islamic Associations NZ (FIANZ) said: “The Jewish and Muslim community in New Zealand already have a long history of collaboration, but this wider gift of support from the global community is very gratefully received. The events of 15th March have had a deep and lasting impact on the Muslim community in New Zealand, and indeed the people of Aotearoa as a whole. To know that our Jewish brothers and sisters understand what we have gone through, and are still going through, and are there to help us in our recovery is very important to us.”

Stephen Goodman of the New Zealand Jewish Council added: “The Jewish community, both in New Zealand and overseas, wanted the victims of the mosque attacks to know that we see them, we empathise with them, and we support them.”

London-based Zaki Cooper from the Commonwealth Jewish Council said: “We are proud of the New Zealand Jewish community initiating this fantastic donation as an act of solidarity with the Muslim community in New Zealand. As Muslims and Jews, we have so much in common and in our ongoing efforts to strengthen relations, we must value our commonalities whilst acknowledging our differences. That’s what good friendship is about. The generosity of spirit exemplified by the New Zealand Abrahamic fund should radiate outwards and inspire communities all over the world.” 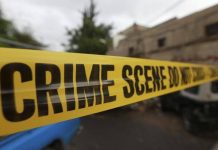