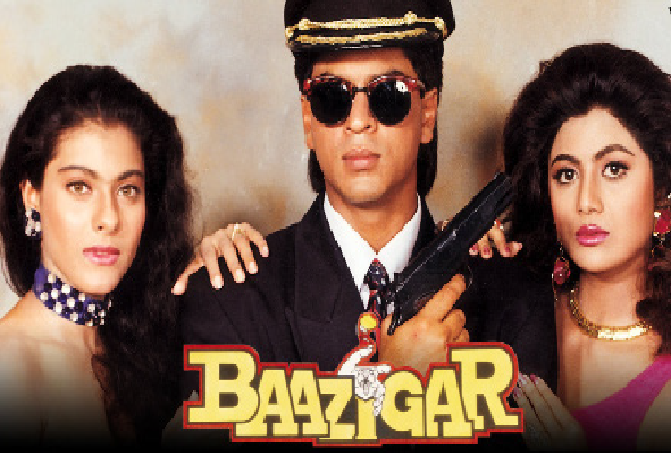 Earlier this year, Bollywood film Why Cheat India put the spotlight on dishonest methods prevalent in the country’s exam system.

There are also regular news stories relating to cheating, including in the Indian film industry. These dodgy dealings led Eastern Eye to look at different types of cheating in Bollywood over the years, including some that will come as a surprise and others that were not so apparent.

Straying partners: Plenty of high-profile stars have been caught cheating on their respective partners across different decades. In fact, unfaithful A-list stars can be traced back all the way to the 1930s when actress Devika Rani cheated on her producer husband Himanshu Rai with her leading man Najmul Hassan. During the 1950s, Raj Kapoor and Nargis were the hottest onscreen couple in Bollywood who were also having an affair in real life, but he was unwilling to leave his wife and they broke up. Pretty much every single decade since then there have been very famous men and women who have cheated on their respective partners.

Stealing stories: Today, we have entered the era of official Bollywood remakes of Hollywood hits, but for decades, that was not the case and naughty Indian film producers happily copied stories from the west without asking for permission. This includes blockbuster hit Raaz, which was inspired by What Lies Beneath and sparked off a whole horror franchise. Most major Bollywood stars have acted in ‘unofficial’ remakes of Hollywood films including Shah Rukh Khan (Baazigar), Aamir Khan (Ghulam), Salman Khan (Partner), Amitabh Bachchan (Main Azaad Hoon), Ajay Devgn (Main Aisa Hi Hoon), Priyanka Chopra (Aap Ki Khatir) and so many more. It hasn’t just been limited to Hollywood; movies have been stolen from around the world, leading producers who came up with the original ideas to being cheated.

Fake leading lady: Pioneering filmmaker Dadasaheb Phalke was unable to get any women to act in India’s first feature film Raja Harishchandra (1913) because it was considered a disrespectable profession at the time. So he cheated by casting a male actor (Salunke) in drag. It even included a wet sari scene, but audiences were none the wiser and the hit movie laid the foundation for Indian cinema.

Stealing songs: Perhaps the most lawless aspect of Hindi cinema is the blatant way in which music producers have been stealing songs from around the world. The practice of taking melodies without permission started in the late 1940s and continues until this day, with multi-award winning music producer Pritam perhaps being the worst offender. Some classic songs that were clearly stolen by cheating music producers include Mehbooba Mehbooba (Sholay), Pehli Nazar (Race), Ghar Aaya Mera Pardesi (Awara) and Dhoom Machale (Dhoom).

Name stealing: Ever wondered why some Bollywood titles have taglines or weird looking spellings? Most of that is due to naughty producers stealing titles and largely cheating the copyright holder of the original. Unscrupulous filmmakers realised that they could alter the original title to make it their own without permission and effectively do a title heist. For example, Pooja Bhatt owned the Bollywood title Holiday, but then the producers of Holiday: A Soldier Is Never Off Duty made it their own by adding a ropey tagline.

Onscreen cheats: The subject of cheating partners has been explored in Hindi cinema many times across the decades and perhaps the finest of these is the classic 1982 drama Arth. Filmmaker Mahesh Bhatt loosely based the story of an unfaithful husband on his own life and delivered one of the all-time great films of Hindi cinema. The subject of cheats has also been explored with anti-heroes, heist movies, gangster thrillers and movies like Why Cheat India, which looks at the unscrupulous happenings in the education system.

Digital abs: There was a time when actors would have to spend hours in the gym to get those perfectly toned abs, but now many are acquiring them through the wonders of technology. One actor who got caught with VFX abs was Salman Khan for his film Ek Tha Tiger. Govinda, too, did the same by cheating his way to a fitter body in comedy film Happy Ending.

Inaccurate biopics: Biopics may be massively popular in Hindi cinema right now, but one thing that most have in common is that they are largely inaccurate. A lot of artistic licence is taken by directors to make so-called biopics more appealing to mass audiences. This includes blockbuster hit Sanju, which largely ignored huge chunks of Sanjay Dutt’s life including many negative periods, in order to make him look more angelic than he actually was.

Dubbing: What do you do when you have a good-looking star who can’t speak Hindi? Cheat, of course, and use dubbing. Many stars, including John Abraham and Katrina Kaif, had someone else’s voice used in their initial films. Sri Lankan beauty Jacqueline Fernandez has been relying on someone else’s voice being used since she made the breakthrough in Bollywood.

Sulochana: In the early days of Indian cinema, producers found it hard to get Indian females who were willing to act in films, so they hired Caucasian women living in India to act in films. This led to one of the most audacious early cheats when a movie producer got a telephone operator named Ruby Myers and gave her the name Sulochana to create Indian cinema’s first female superstar.

Social media scams: The popularity of social media has led to much of Bollywood using it to cheat in different ways. One way is to flood micro-blogging sites with fake reviews or paying for their particular film to trend. Other ways are getting friends in the film fraternity to heap fake praises on a movie they haven’t watched. Some producers will pay for a negative campaign against a rival movie being released on the same day and others will use social media to spread fake news about their film, including inflated collections.

Fake collections: A lot of movie producers will release over-inflated box office collections to make their movies look more popular than they are to attract audiences. Some will even go buy tickets in bulk to make it seem like their movies are playing to sold-out screenings. Other producers know that declaring fake collections to make movies look successful will enable selling them to streaming sites and television channels for higher prices. Also, declaring a movie is more successful than it really is will attract investors for future products.

Stand-ins: We all know about stunt doubles who are brought in to do big action scenes on behalf of big stars, but did you know that there have been incidents where body doubles are used for certain scenes, including when the leads were not available. One of the most famous incidents was in the iconic film Pakeezah. Lead star Meena Kumari was too unwell to shoot for the song Chalo Dildar Chalo, so the filmmakers used a female body double, whose face cannot be seen in the song.

Fake dancing: Choreographers have found an inventive way to help movie stars who can’t dance. They will get them to do short dance moves and then stitch them together with background dancers to make it seem like the stars are dancing like a pro.

Special effects: It is not exactly cheating, but special effects have been used over the years to create the larger-than-life scenes that make movies like Baahubali so spectacular. Whether it is heroes flying through the skies, giant marauding armies or extraordinary sets, geniuses have used technology to perhaps be the ultimate cheating tool.

Subliminal messages: For the longest time, Indian censor rules were so strict that not even kissing was allowed on the screen, so movie producers got around this by adding naughty subliminal messages into songs such as heavy breathing, sprinkling water foundations, lots of rain and powerful trains.

Unfinished projects: Another form of cheating, which is not that well known, is by movie producers who are unable to finish projects. There have been countless films, including very high-profile ones that ran out of money or were abandoned for various reasons, which resulted in cast and crew not getting fully paid an agreed sum for a job.

Hairpieces: Have you ever noticed that there haven’t ever been any bald A-list leading men in Bollywood? Hindi cinema doesn’t have some secret hair formula the rest of the world doesn’t know about, but many heroes, over the years, have used wigs and hairpieces including very popular stars you wouldn’t expect.