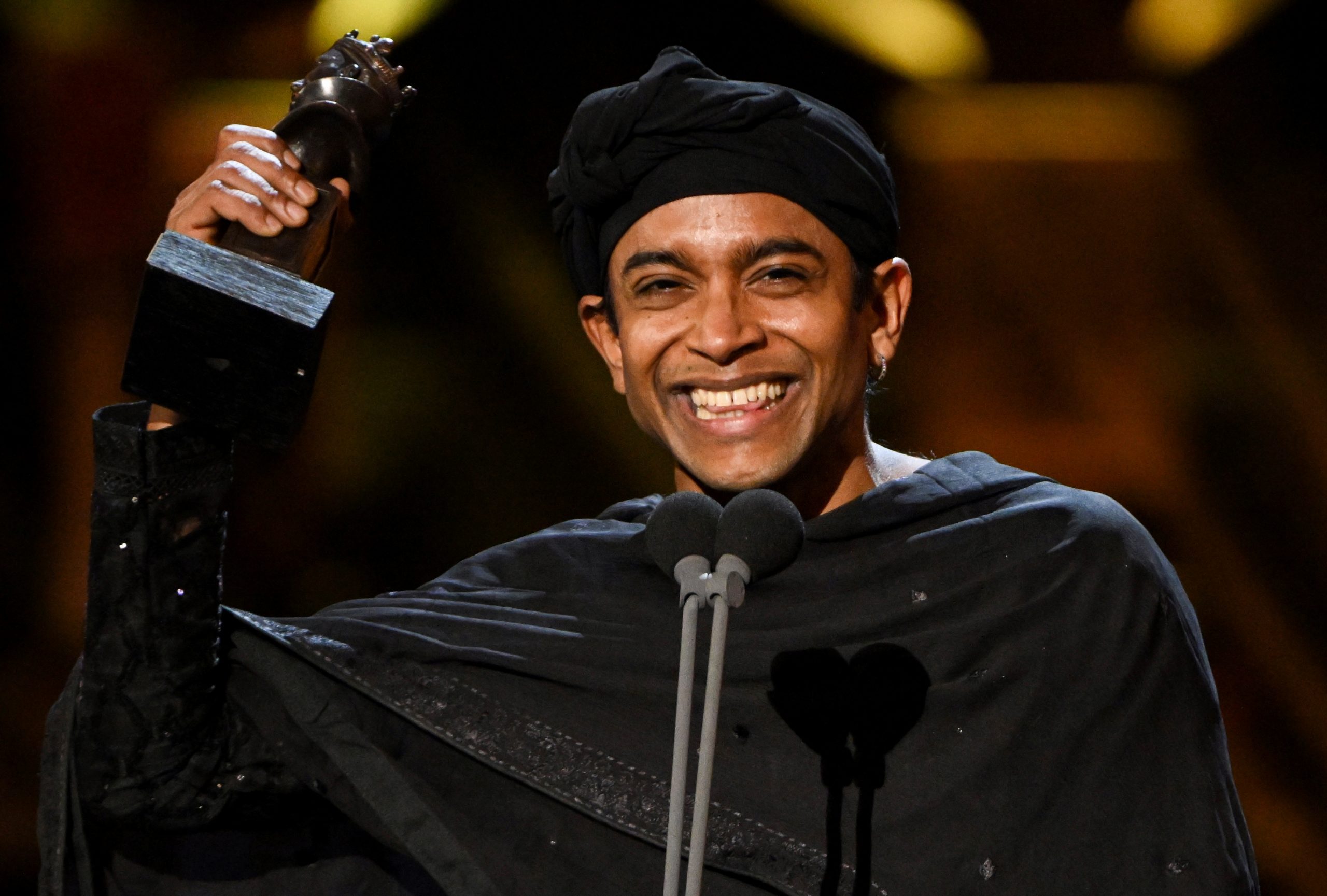 ACCLAIMED Asian director Lolita Chakrabarti and her team were celebrating on Monday (11), after the West End play, Life of Pi, scooped five awards at the prestigious Laurence Olivier awards the previous night (10).

The stage adaptation of Yann Martel’s Booker Prize-winning novel has won the Best Actor accolade for Hiran Abeysekera and Best New Play for writer and director Lolita Chakrabarti at the theatre awards at the Royal Albert Hall in central London
on Sunday (10).

In her acceptance speech, Chakrabarti she said the continued success of Life of Pi was a “testament to the story” created by Martel, and described it as an “absolute modern classic”.

She noted his “graciousness in giving me the freedom to tell the story as I wanted”. “He said, ‘I don’t know about theatre, you do what you do and have the book,’” Chakrabarti told the audience.

“I think that understanding of other forms of artistry and his generosity has made the film what it was and the play what it is. It all comes down from his book really.” Some months ago when Martel and Chakrabarti discussed Life of Pi after press night at Wyndham’s Theatre, the author confessed he almost preferred the stage version.

On Sunday night, Chakrabarti also thanked her husband, actor Adrian Lester. “When I started writing, he was my biggest fan and encouraged me completely. When all the doors were shut, he said, ‘Keep knocking, because they’ll open,’” she recalled.

Asian actor Abeysekera plays Pi Patel, a 16-year-old who journeys across the Pacific Ocean for 227 days with a 450lb ferocious Royal Bengal tiger, Richard Parker, who are the only survivors from a shipwreck. The tiger had come from a zoo in Pondicherry, south India.

In an emotional speech, Abeysekera, the show’s undoubted star who is on stage for the entire length of the two-hour performance, said he was “overwhelmed” to win Best Actor. He also admitted taking on the lead role of Pi was initially “quite a scary proposition” as the book was so beloved, but said cast members realised they had “something special” after their first dress run. Abeysekera also paid tribute to his home country of Sri Lanka, which he said was going through a “tough time now… I think of you and wish I was there with you”.

The seven puppeteers who skilfully manoeuvre the mock-up of the tiger – three are required at any one time to handle the animal’s head, heart and hind – were jointly named Best Supporting Actor, the first time this has happened in the history of the Olivier awards. The prize was picked up by Fred Davis, Daisy Franks, Tom Stacy, Romina Hytten, Scarlet Wilderink, Tom Larkin and actor Habib Nasib Nader, who provides the voice of the tiger and appears as a cook as well.

Hytten, who first started learning puppetry as an 11-year-old, dedicated the award to all puppeteers.

She said: “Shout out has to be given to War Horse – three of us in this team were in War Horse. It helped put puppetry in the realm of a character that the audience can relate to. This award feels so much bigger than just the seven of us – it’s for all puppeteers.”

Stacy echoed her sentiments: “We’re not just the first puppets to win, but the first to have been nominated for the award. As a tiger team, it couldn’t feel more right and it’s exciting for the future of theatre.”

Puppet designers for the show, Nick Barnes and Finn Caldwell, previously spoke to the Telegraph about the portrayal of Richard Parker, saying that just being nominated for the award would open doors for other puppet shows in future.

“We’ve been hoping for a reaction like the Olivier awards for so long”, said Caldwell, puppetry and movement director.

He added that the National Theatre’s production of Michael Morpurgo’s War Horse helped to change the image of puppetry, although there were still challenges. He said: “The ‘p-word’ is difficult. When I hear the word ‘puppet’ I flinch – I assume people are making associations with Punch and Judy. It’s not glamorous. It’s hard to go, ‘Hey, I’m a puppeteer’. I think all that’s now changing, though. If you say, “I was the tiger last night”, the reaction you may well get is ‘Oh, my god!’”

The pair revealed they researched for the show by studying videos of animals and taking trips to London zoo. They created the tiger puppet from foam, plywood, aluminium and nylon, with elasticated bungee cords for the joints.

In the Best Set Design category, Life of Pi also won awards for Tim Hatley for Design and Finn Caldwell for Puppets. For Best Lighting Design, the Life of Pi winners were Tim Lutkin and Andrzej Goulding. The play, which has survived two stoppages caused by the pandemic, is currently being performed at Wyndham’s Theatre in London’s West End.

The novel was also adapted into a film in 2012 which starred Suraj Sharma and won four Oscars. Life of Pi represents British theatre at its best, but it goes deeper than entertainment for its poses a fundamental question: is there a God?

After watching the two-hour play, the audience is encouraged to believe that there is, although, to be sure, people are left to make up their own minds.

Pi tells his story in flashback from a hospital bed after he and Richard Parker wash up in Mexico at journey’s end. The boat’s previous occupant had been a hyena which had been killed by the tiger. But this seemed like natural justice because the hyena had devoured a zebra, Black & White, and a much loved orangutan, Orange Juice.

Pi’s account of “co-habitation” with a tiger is just not believed by a Mr Okamoto, who has come from Japan to debrief the boy, the only survivor after the sinking of the Tsimtsum. This was the Japanese ship ferrying the Patel family zoo from Pondicherry in south India to a new life in Canada.

But the alternative account was horrific, which was that the hyena, zebra and orangutan had represented the ship’s chef, a sailor and Pi’s mother, Amma. The chef had killed and eaten the sailor and Amma, and Pi, in turn, had killed their killer. Whether he, too, had engaged in cannibalism is left unsaid.

“Which is the better story?” asks Pi.

When the novel came out in 2001, Martel received a two paragraph note from the White House, which said: “My daughter and I just finished reading Life of Pi together. Both of us agreed we prefer the story with animals. It is a lovely book — an elegant proof of God, and the power of storytelling. Thank you.” It was signed Barack Obama.