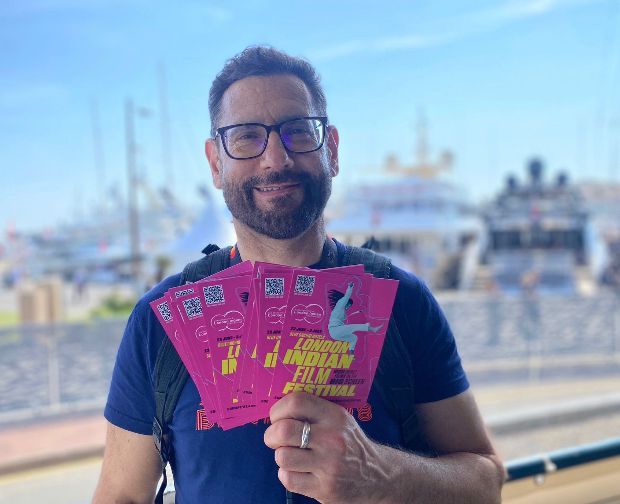 THE past 12 years has seen the London Indian Film Festival (LIFF) become a leading celebration of south Asian cinema globally.

“The warmth and support we have received from filmmakers in south Asia, and audiences has been inspiring. Our partners and supporters have also stayed with us to help us grow, including much loved patron Tony Matharu and his Blue Orchid Hotels,” explained Sawhney.

A reputation for delivering high quality programming has drawn audiences, but also major names from cinema, new talent, and premieres of acclaimed movies.

Sawhney reflects fondly on the many special moments on his LIFF journey and chooses a few: “Getting Farhan Akhtar out of a fan packed BFI was unforgettable, as was the late great Irrfan Khan talking about filmmaking and Gillian Anderson arriving in her little black dress to waiting paparazzi. There have been many great world premieres like Delhi Belly and Article 15 playing to packed out audiences.”

LIFF returns across multiple cities from June 23 to July 5. Like every year, a lot of hard work has been put in to select great films, for what is one of the festival’s strongest line-ups yet, which includes an exciting opening night gala.

“Our opening night world premiere is Dobaaraa, which stars Taapsee Pannu and is a sort of supernatural Sliding Doors style story between two times. Director Anurag Kashyap is a regular at our festival, which I know he loves, so it’s great to welcome him back.”

There is also Bangladeshi film No Ground Beneath The Feet, which Sawhney describes as a tour de force about a desperate ambulance driver on a white knuckle ride to save his job in the town and his family trapped in coastal floods. He is also excited about the 2022 festival’s in-conversation events with high-profile names attending.

“Our VIP guests include India’s greatest woman director Aparna Sen on July 2 at BFI Southbank, talking about her amazing career, so far, which spans from working as a child star with the legendary director Satyajit Ray, to making some of West Bengal’s most important arthouse films. Her daughter actor Konkona Sen Sharma is also giving an in-conversation on stage at Cinema Lumiere on July 1 and Nandita Das is attending to give a rare talk at Cinema Lumiere on June 30.”

The festival also has the annual Satyajit Ray short film competition and interesting documentaries like closing night movie Superfan: The Nav Bhatia Story, which charts the inspiring story of a Sikh immigrant in Canada, who became the first basketball fan to get an NBA championship ring.

“Superfan: The Nav Bhatia Story is the story of a poor immigrant who built a successful career while supporting and encouraging, what was then a flagging team, and helping them to become winners. He also galvanised Toronto’s Asian and black communities to be their fans, which inspired many. It’s a real feel-good movie.”

A cross-section of classic films like Gandhi, Anita & Me, Four Lions, Bomgay and Mississippi Masala will be screened at this year’s festival. There is also a celebration of music with double bill documentary screening of Asian Vibes and a live music event.

“We have a live performance of British bhangra giants of the 1980s at Rich Mix called The Story of British Bhangra; if we don’t remember our history and contribution to the UK who else will.”

LIFF has a diversity of south Asian language cinema, which Sawhney says is a direct connection to ‘home’ cultures for many people.

“The festival is a great opportunity to see stars and directors that you only ever read about in the flesh, and we are pleased to say that this year we have a large number of live events and filmmakers coming over to London, Birmingham and Manchester to introduce their films.”

Sawhney says he is inspired by cinema and seeing audiences enjoying the screenings, which is reward for months of hard work. He also likes giving young people an opportunity to see classics on the big screen.

“Watching films at some of the world’s best cinemas, like BFI and Barbican, with amazing sound, like they were intended knocks the socks off TV viewing, as an experience.”