Buttler smashes 116 as Delhi tempers boil over in IPL 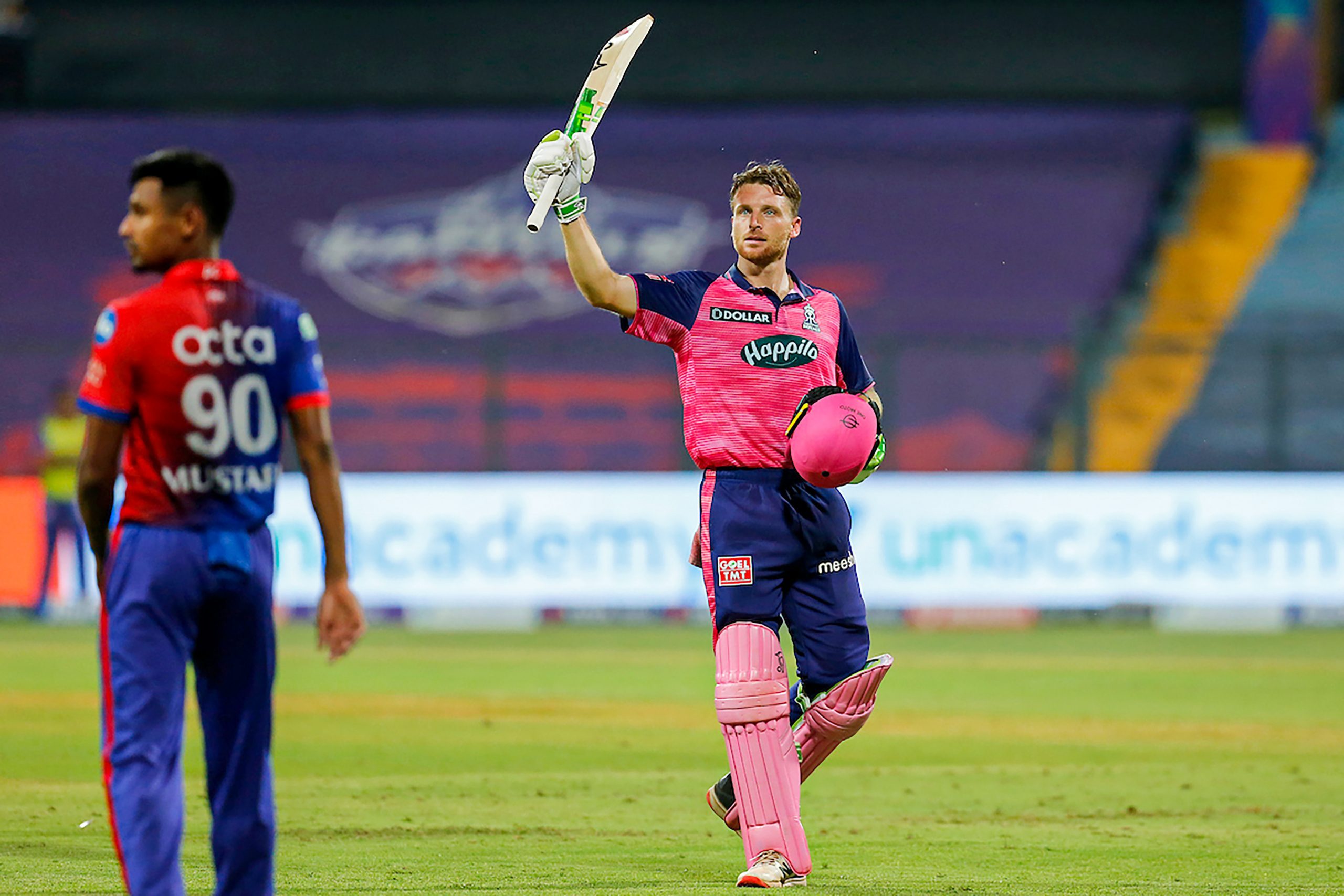 Jos Buttler hit 116 as Rajasthan Royals defeated Delhi Capitals by 15 runs in a stormy IPL match on Friday which saw tempers boil over in the final over.

It was his third century of this IPL.

The match saw a heated exchange among the on-field umpires and Rishabh Pant’s Delhi over a full toss in the last over of the run chase.

McCoy’s fourth delivery was a high full toss around Powell’s waist, which Pant and Delhi thought should have been called a no ball.

Pant even sent a team official onto the field to argue his case.

“Everyone was frustrated because it was not even close, so I thought it was a no ball. Everyone in the ground saw that,” the Delhi skipper said after the match.

“Obviously it wasn’t right, but what happened with us was also not right. It was just the heat of the moment.”

Powell hit 36 off 15 balls with five sixes but fell to McCoy’s last delivery of the match.

Earlier Buttler and opening partner Devdutt Padikkal (54 off 35 balls) gave Rajasthan a dream start as the team made 222-2.

Rajasthan skipper Sanju Samson too played an impressive cameo with 46 off 19 balls with three sixes and five fours, as his team went top of 10-team league.

Left-arm spinner Kuldeep Yadav was the most expensive bowler, givinge away 40 runs in his three wicketless overs.

Pant was the top scorer for Delhi and hit two sixes and four boundaries in his 44 off 24 balls.

Delhi openers, David Warner (28 off 14) and Prithvi Shaw (37 off 27) tried to make a match of the chase but the middle-order couldn’t maintain the tempo once both openers fell.

Rookie pacer Prasidh Krishna bowled tight lines and only gave away 22 runs in his four overs for the key wickets of Warner, Pant and Lalit Yadav, who scored 37 off 24 balls.