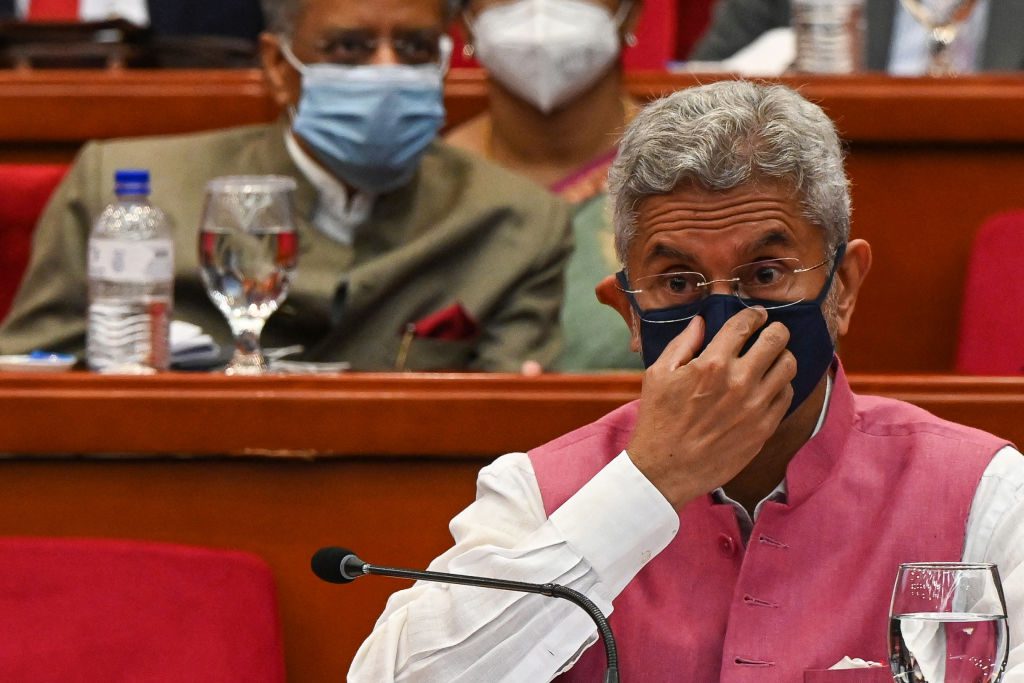 INDIA’s foreign minister said he was “deeply disturbed” by civilian deaths in the Ukrainian city of Bucha but stopped short of blaming Russia, calling for an independent probe.

New Delhi has historically close ties with Moscow and has refrained from condemning its invasion of its ex-Soviet neighbour, abstaining in several UN votes and hosting Russia’s foreign minister for talks in India last week.

The discovery of hundreds of civilians found dead in areas from which Russian troops have withdrawn has sparked global outrage, with Ukrainian president Volodymyr Zelensky describing them as “war crimes” and “genocide”.

“This is an extremely serious matter and we support the call for an independent investigation,” he added.

The Kremlin has said that the images were fakes produced by the Ukrainian army or that the deaths occurred after its soldiers pulled out.

India, the world’s largest democracy, has been under intense Western pressure to take a tougher line on Russia, with US president Joe Biden calling Delhi “somewhat shaky”.

On Tuesday (5), Jaishankar spoke by phone with US secretary of state Antony Blinken.

Western financial sanctions aimed at isolating Russia have reportedly made it difficult for India to pay Russia for imports and the two are reportedly working on a rupee-ruble mechanism to facilitate trade.

Harsh V Pant, a New Delhi-based analyst, said that there has been “a gradual evolution in India’s position” on the invasion.

“While earlier India was only talking about a diplomatic resolution, it is now asking to fix responsibility for specific actions,” Pant said.

Manoj Joshi with the Observer Research Foundation in New Delhi said that the latest comments “could be interpreted as a slight shift in India’s position.”

“But given the humanitarian situation in Ukraine it was the most logical reaction. They couldn’t have said anything else publicly,” Joshi told AFP.

India, however, is in a tricky spot since the Ukraine crisis has pushed Russia closer to China.

Delhi shares Western alarm over China’s growing assertiveness in the Indo-Pacific region, and is a member of the so-called Quad alliance with the US, Japan and Australia.