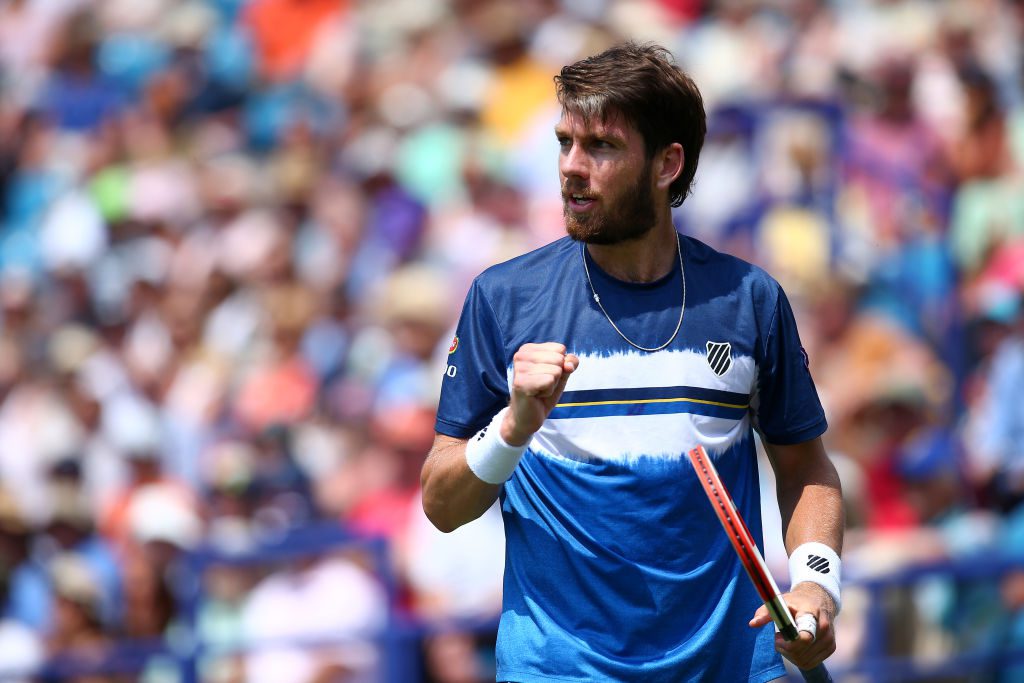 Cameron Norrie says he is gaining confidence playing on grass because the surface suits his style of play and the British number one is hoping to reach the second week of his home slam at Wimbledon for the first time in his career.

Norrie, 26, has won two titles this year which came on hardcourts and clay. However, he has never won a title on grass nor has he progressed beyond the third round at Wimbledon, which begins next week.

“Coming back this year being British number one is exactly where I want to be,” he told Eurosport.

“Obviously, it would’ve been nice to be a little bit higher in the world rankings, but I’ve got a lot to improve on in my game and I’m really enjoying the challenge of everything and of the grass.

“I haven’t played too much on it in my career so I’m still learning and it’s all pretty new to me, but it’s really exciting.”

Norrie, ranked 12 in the world, is looking to return to the top 10 and eventually emulate fellow Briton Andy Murray by taking the number one spot.

Wimbledon has been stripped of its ranking points following its ban on players from Russia and Belarus, which will prevent world number one Daniil Medvedev from competing, but Norrie has been taking notes on the Russian.

“I want to keep pushing towards being back inside the top 10 and the top five. There’s a long way to go but ultimately I want to push towards world number one,” Norrie added.

“It’s impressive for me to see what Daniil Medvedev has done. I’ve been following him – he’s my favourite player to watch.

“Just to see how he’s got to world number one with his game style has given me some confidence. I’m not saying it’s easy at all – he’s insanely talented – but there’s no reason why I can’t do the same.”