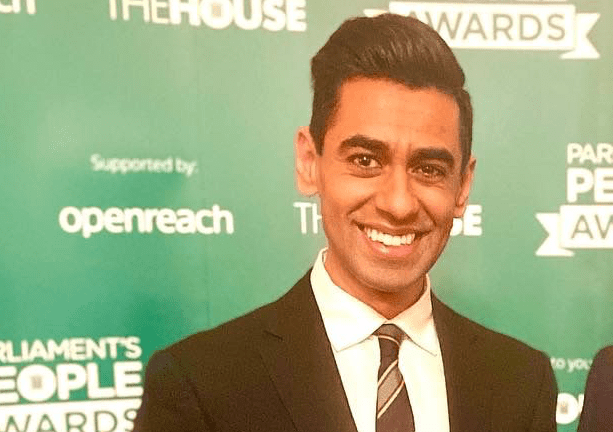 A BRITISH Indian staffer of the UK’s Parliament has won recognition for his dedication and commitment to work.

The Staffer of the Year for the House of Lords Award was given away recently to Ameet Jogia, the chief of staff for Lord Popat of Harrow.

The House magazine described Jogia as a “talented and long-serving member” of the peer’s team.

“Ameet helped set up the first international Women’s Day celebrations for non-parliamentarians and worked tirelessly to put Africa on the parliamentary agenda in the Lords,” it said.

“Passionate about outlawing discrimination,” Jogia also spurred Lord Popat to host a debate on anti-Semitism, it said, adding that his works also led to the removal of the embargo on key medicines during the pandemic.

Jogia, who started his service to Parliament as an intern and worked his way up, lost both parents to cancer.

He is “invaluable in championing on behalf of under-represented groups within Parliament and advocating for issues that often fall between the cracks”, the magazine said in its online edition.

Parliament’s People Awards recognise individuals for their support to a thriving parliamentary democracy.