Britain on course for hottest day on record 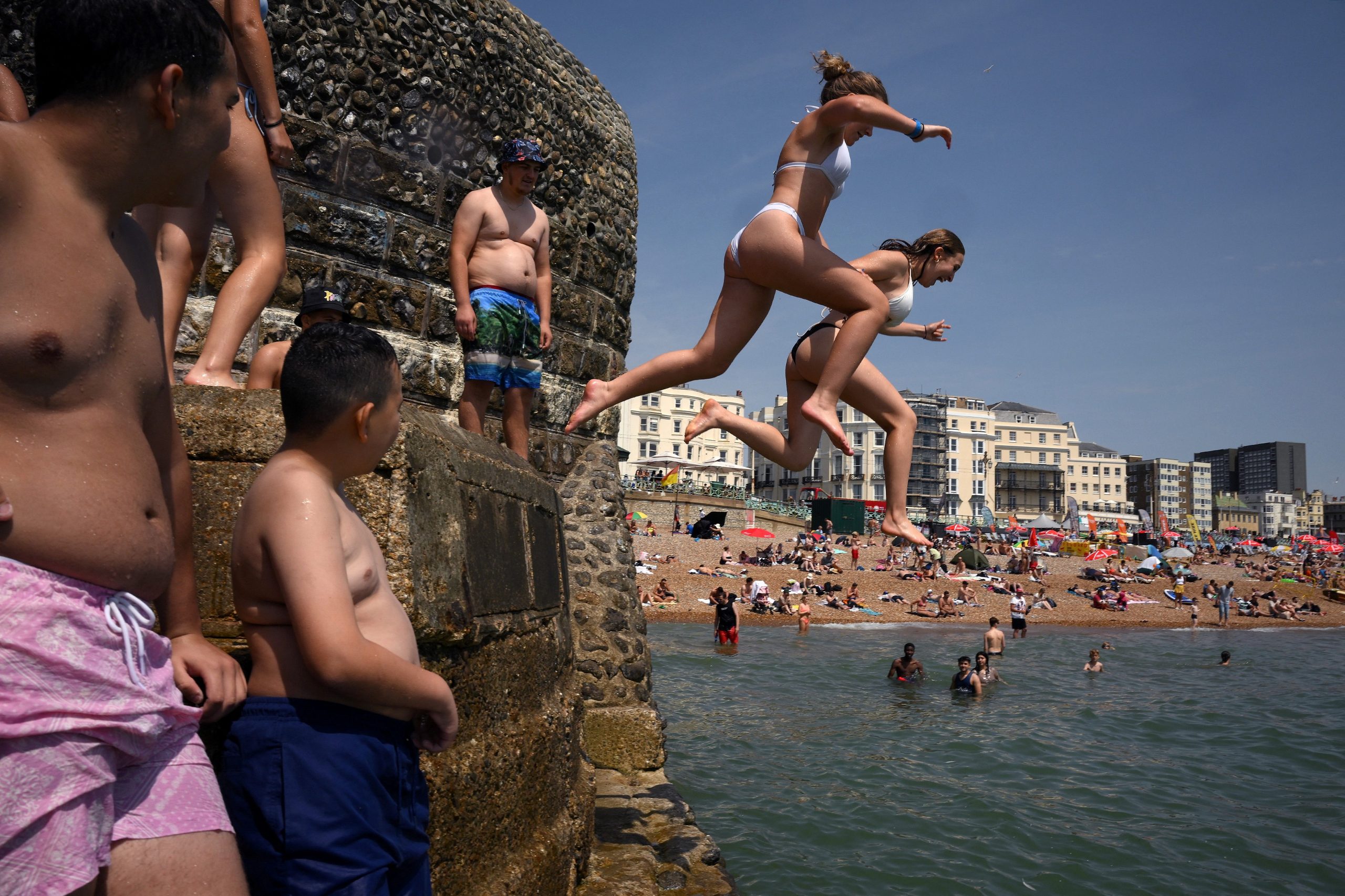 Britain was on course for its hottest day on record on Monday with temperatures forecast to hit 40C for the first time, forcing train companies to cancel services and heath authorities to put more ambulances on standby.

Much of Europe is baking in a heat-wave that has pushed temperatures into the mid-40s Celsius in some regions, with wildfires raging across tinder-dry countryside in Portugal, Spain and France.

Britain’s government triggered a “national emergency” alert as temperatures were forecast to surpass the 38.7C (102 Fahrenheit) recorded in the Cambridge University Botanic Garden in 2019 on Monday and Tuesday.

“We’ve got a difficult 48 hours coming,” Kit Malthouse, a minister in charge of government coordination, told the BBC.

London’s Underground metro network imposed temporary speed restrictions on the network for Monday and Tuesday, meaning it would run a reduced service with journeys taking longer than normal. It urged commuters to only travel if essential.

The national rail network also urged passengers to stay at home, and said some services – including a key route between northeastern England and London – would not run during parts of Tuesday.

Jake Kelly from Network Rail said he hoped normal operations would resume on Wednesday, when temperatures are forecast to fall, but that would depend on “the damage that the weather does to the infrastructure over the next couple of days”.

Some schools were due to close earlier than usual on Monday.

The Health Security Agency (UKHSA) raised the heat health warning to Level 4 for England for Monday and Tuesday.

Britain’ Meteorological Office defines a Level 4 alert as a national emergency, and is used when a heat-wave “is so severe and/or prolonged that its effects extend outside the health and social care system. At this level, illness and death may occur among the fit and healthy, and not just in high-risk groups.”

The Met Office said “substantial” changes in working practices and daily routines would be required and there was a high risk of failure of heat-sensitive systems and equipment, potentially leading to localised loss of power, water or mobile phone services.

Malthouse said the government was prepared for the extreme weather and would seek to learn lessons from it.

“We definitely need to adapt the way we build buildings, the way we operate and look at some of our infrastructure in the light of what seems to be an increasing frequency of these kinds of events,” he told BBC Radio.