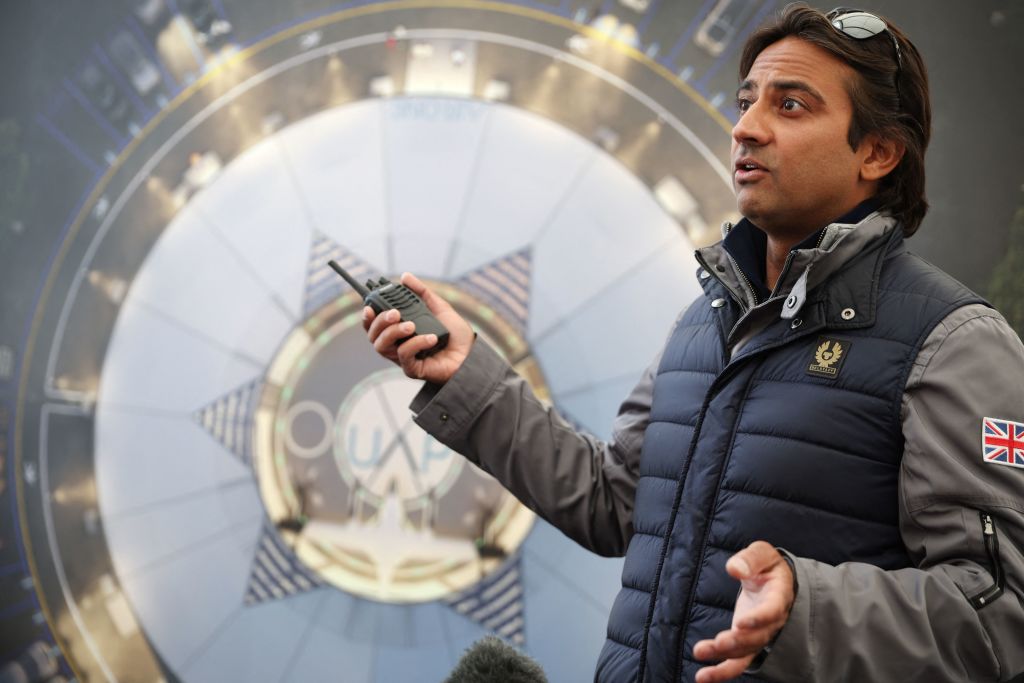 A pop-up urban port for delivery drones — and one day, potentially flying taxis — launched Monday (25) in Britain, lifting a box of prosecco for a brief celebratory test flight hailed as groundbreaking.

Air-One, a so-called “vertiport” for drones and future electric vehicles taking off and landing vertically, was proclaimed as the first of its kind by proponents and heralding a new era of low-emission futuristic air transport.

Based in Coventry, a former car manufacturing powerhouse in central England, the site will be used for a month-long showcase of the burgeoning industry.

The inaugural flight symbolically lifted the six-bottle box of sparkling wine, weighing around 12 kilograms, from the launch pad.

The commercial drone used — Malloy Aeronautics’ T150, on loan from its day job doing logistics for the British military — is the largest ever to fly in such an urban environment, according to Indian-origin entrepreneur Ricky Sandhu, founder and executive chairman of Urban-Air Port, the British firm behind the vertiport venture.

“You’re standing in the world’s first fully operational vertiport,” he told hundreds of assembled guests, including the start-up’s 25 staffers and backers from the UK government.

“This is an industry that is fledgling, of course, but it’s now starting to take some real speed,” Sandhu added. “We’re all used to change… but it’s the rate of change that we always underestimate, and things are changing really fast.”

Urban-Air Port develops ground infrastructure for autonomous delivery drones and the air taxis planned for later this decade and has spent the last year preparing for its Coventry showcase.

The temporary Air-One site near the city’s railway station aims to show how an integrated hub for the devices can function in a crowded urban environment, while also illustrating how it can serve as a mini-airport for eventual vertical lift-off travel.

It is planning similar demonstrations in other UK and global venues in the coming months, and is aiming for more than 200 such sites worldwide.

They are designed to be easily assembled and taken down, and use on-site hydrogen fuel cells for what the company calls “zero-emission generation”.

The company says it has orders worth £65 million and projects are planned in the US, Australia, France, Germany, Scandinavia and southeast Asia.

Supernal, a US subsidiary of South Korean car-making giant Hyundai which is developing an autonomous flying electric vehicle concept that will carry passengers, is one of its partners.

“We’re focused on building out the ecosystem to allow this new technology to prosper,” Michael Whitaker, its chief commercial officer, said.

“Without vertiports, without places to land, it won’t be a business.”

Supernal is aiming to get its all-electric, eight-rotor concept vehicle, which is on display at Air-One, certified by 2024 before beginning mass production.

“You’ll see some operations this decade but I think the 2030s will really be the decade of advanced air mobility, and you’ll really start to see this be more ubiquitous from that point on,” said Whitaker.

Alongside the private sector, Urban-Air Port was one of 48 projects funded by a £300 million UK government “future flight challenge”, which matches money with promising projects driving the transition to greener transportation.

The firm stresses that its vertiports could be used by local authorities, including emergency responders, as well as logistics operators and even the military.

West Midlands Police — Britain’s second-biggest force, responsible for Coventry and the wider region — launched some of their dozen drones from Air-One on Monday.

Inspector Mark Colwell, its lead officer for drones, noted their use had increased “dramatically” from one device in 2017 to the 12 now being operated by a team of 50 specially trained officers.

He said they are currently launched from patrol vehicles for a variety of purposes from searches to crowd control, and current regulations require them to remain in a line of sight with the drone.

But Colwell expects changes to the rules as the sector morphs and welcomed developments like vertiports.

“I think it’d be very useful,” he said before exhibiting his force’s biggest drone, worth £20,000.

“This sort of facility… could be a help for not only the police but the fire service, the ambulance service, (the) local authority.”