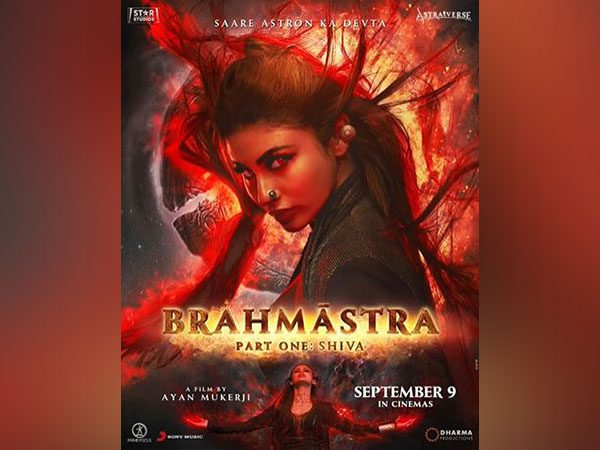 Filmmaker Ayan Mukerji released a new motion poster featuring actor Mouni Roy from his upcoming movie Brahmastra, stating her as the “surprise package” in the film.

He took to his Instagram handle and shared the motion poster starring Mouni Roy, describing her character as ‘Junoon’.

He captioned the post and wrote, “A lot of people, I think, are going to walk out of Brahmastra talking about Mouni’s performance as Junoon. Moun – who has deep belief and deep surrender for Lord Shiva – has always understood Brahmastra very naturally – and with that understanding, she really killed it with her part in our movie! My first meeting with her, I offered her a ‘special appearance’ in Brahmastra. Eventually, she shot with us from our first day to our last schedule, and is really, the surprise package in the film!”

The trailer of the much-anticipated film will be unveiled on June 15, Wednesday. While it has been stated that Brahmastra is a fantasy film with supernatural aspects, the narrative of the film has been kept under wraps.

In various interviews, Ayan has stated that the film has been in development for about nine years. The film’s production began about five years ago. ‘Brahmastra Part One: Shiva’ is the first installment of a proposed three-part series.

Directed by Ayan, Brahmastra will release in multiple languages on September 9, 2022.