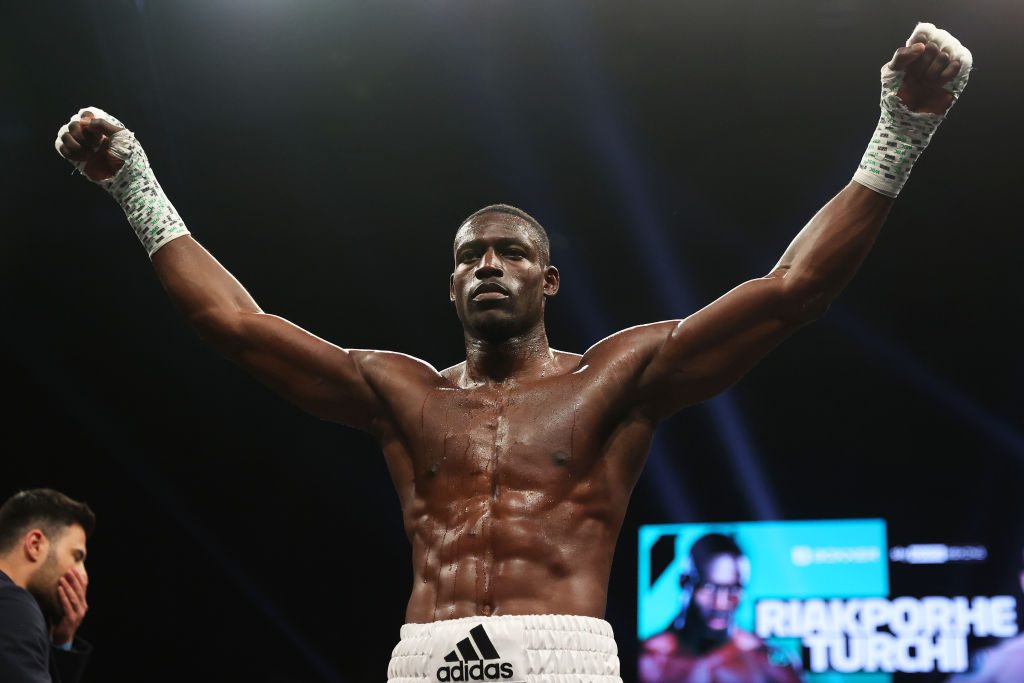 BRITISH cruiserweight Richard Riakporhe scored a stunning win over Fabio Turchi in an IBF eliminator, landing a left hook body shot to deck the Italian in the second round and move closer to a shot at a world title.

A wincing Turchi managed to get back on his feet, but a member of his team entered the ring with a towel in hand to bring the contest to a halt.

Riakporhe, 32, preserved his unbeaten record with the 15th win of his career on Saturday, with 11 of those wins finishing inside the distance.

“I feel great, I didn’t have much time to get into it,” Riakporhe said. “I landed a good shot and I’m building up the reputation that I’m now the body snatcher.

“There were some points I was trying to target, my coaches are amazing. We had a gameplan, keep it long, but look for the opportunity and when you can punish, do it and that’s exactly what I did.

“I keep telling everyone, I’m ‘the’ fighter. I’ve had four fights in nine months and want to go out again (later this year). We’re taking over, all these champions are running scared.”

Riakporhe’s win takes him closer to a fight with IBF cruiserweight holder Mairis Briedis, providing the Latvian is able to beat Jai Opetaia in July.

“I wanted to relax while I was in there. I didn’t want to rush my work and a great six rounds under my belt and let’s go again,” Price told Sky Sports.

“You’ve got to have your hands up more (in professional boxing), be a bit more wary, but I enjoyed it. A ring’s a ring, isn’t it.”