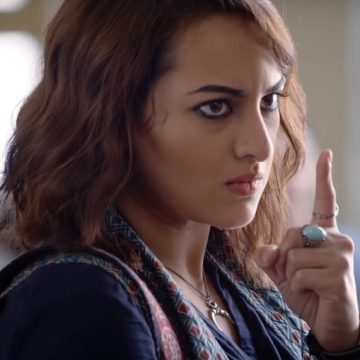 When it comes to action, we have been seeing our heroes doing it the big screen from the past many years. Actresses used to only play the damsel in distress and actors used to come and save them from the villains. But nowadays things are changing and our actresses are proving that they are not less than actors.

Today, let’s look at the list of actresses who showed off their action avatar on the big screen…

Priyanka Chopra has always broken the norms in Bollywood. She has made a mark with some fantastic performances and showed off the action in movies like Don 2 and Mary Kom. While in the former she was seen doing slick action, in the latter she was seen doing boxing in it.

In 2014, Rani Mukerji starred in YRF’s Mardaani and played the role of a cop in the film. The movie had a lot of chase sequences and action that Rani carried it wonderfully. The actress had learned Krav Maga for her role in the film.

Katrina Kaif with every film is surprising us. From being someone who was criticized for her acting to someone being a tough contender for Best Actress award, Katrina has come a long way. In her movies like Ek Tha Tiger and Tiger Zinda Hai, the actress nailed it and her action sequences were the highlight.

Sonakshi Sinha is known for mostly doing massy films where apart from doing some dancing she has nothing to do. But in 2016, Sonakshi proved that she is just not here to do dancing but she can also kick some butts. In AR Murugadoss’ Akira, Sonakshi did some fantastic action and got applause for it.

Taapsee Pannu started her Bollywood journey as a typical Bollywood heroine with David Dhawan’s Chashme Baddoor. But with her second film Baby itself, she proved that she is one of the most talented actresses in Bollywood. In Baby and then in Naam Shabana, Taapsee did a lot of action and impressed one and all.

Baaghi is mainly remembered for the action that Tiger Shroff did. But, Shraddha was also seen doing action in the film. She had trained herself in martial arts and nailed it in the action scenes. Now we will get to see her in the action avatar once again in Saaho.