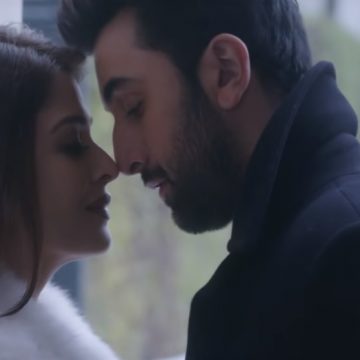 We have always seen that actors in their 40s and 50s romance young actresses. Do you know that the age gap between Shah Rukh Khan and Anushka Sharma is 22 years? Salman Khan is 18 years older than Katrina Kaif, and a 54-year-old Aamir Khan romanced a 27-year-old Fatima Sana Shaikh in Thugs Of Hindostan.

But well, things are changing in Bollywood and there are many actresses who have romanced actors younger than them on the big screen.

In 1996 release Khiladiyon Ka Khiladi, Rekha was seen romancing Akshay Kumar. The actress is 13 years older than Akki and their chemistry in the song In The Night No Control had become the talk of the town.

While Varun was actually paired opposite Ileana D’Cruz in Main Tera Hero, his pairing with Nargis Fakhri in the film was liked by the audiences more. But we are sure not many would know that Nargis is 8 years older than Varun, but in the film, the age gap was not at all visible. Coming to Nargis’ debut film Rockstar, it starred Ranbir Kapoor opposite her and well, she is even 3 years older than Ranbir.

Kareena Kapoor Khan romanced Imran Khan in two films Ek Main Aue Ek Tu and Gori Teri Pyaar Mein. While the latter was a flop at the box office, the former was loved by the audiences. But in both the films, Kareena’s chemistry with Imran was appreciated. By the way, Imran is 3 years younger than Bebo. In 2016 release, Kareena was seen romancing Arjun Kapoor who is five years younger than her.

In Gunday, both Ranveer and Arjun are seen trying to woo Priyanka Chopra who is actually 3 years older than them in real life. Not just that in Bajirao Mastani PeeCee played the role of Kashibai, Bajirao’s (Ranveer) wife. Priyanka has always broken stereotypes in Bollywood.

Badlapur is surely one of the best revenge dramas made in Bollywood. The movie had Varun Dhawan and Divya Dutta romancing in each other, and the kissing scene between them had become the talk of the town.