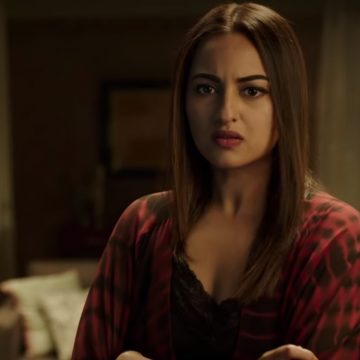 Sonakshi Sinha started her career in 2010 with Dabangg. The movie was a blockbuster at the box office and after that Sonakshi starred in many super hit films like Rowdy Rathore, Son of Sardaar, Dabangg 2, R… Rajkumar and others. But in all these films Sonakshi didn’t have much to do. She played the typical Bollywood heroine who apart from some scenes and some dance numbers had nothing else to do.

However, soon Sonakshi turned her ways towards some performance-oriented roles. Sona celebrates her 32nd birthday today, so let’s look at five films of Sonakshi Sinha in which she proved her mettle as an actress.

It was in 2013 when we came to know that Sonakshi Sinha is a fantastic actress and how she was wasted in all her previous films. The actress starred in Vikramaditya Motwane’s Lootera opposite Ranveer Singh and gave an amazing performance in it as Pakhi. She received her first Filmfare Best Actress nomination for Lootera.

After Lootera we expected that Sonakshi will be seen in more performance-oriented roles, but it took three years for a filmmaker to cast her in a character that would make her shine as an actress. In 2016, Sonakshi starred in Akira and for the first time, we got to see her doing some action on the big screen.

In 2017 release Noor, Sonakshi Sinha played the role of a journalist wonderfully. It is clearly one of her best performances and the underrated one as well. However, unfortunately, the film didn’t do well at the box office.

In 2017 itself, we got to see Sonakshi Sinha giving one more great performance in Ittefaq. The movie was a remake of 1969 film with the same name. Sonakshi stepped into the shoes of Nanda and once again impressed one and all with her performance.

In Kalank, Sonakshi played a supporting role and of course, her fans were a bit disappointed as they expected more screen time of her. However, in her minimal screen time, Sonakshi performed very well and proved that she doesn’t need a full-fledged role to prove her talent.