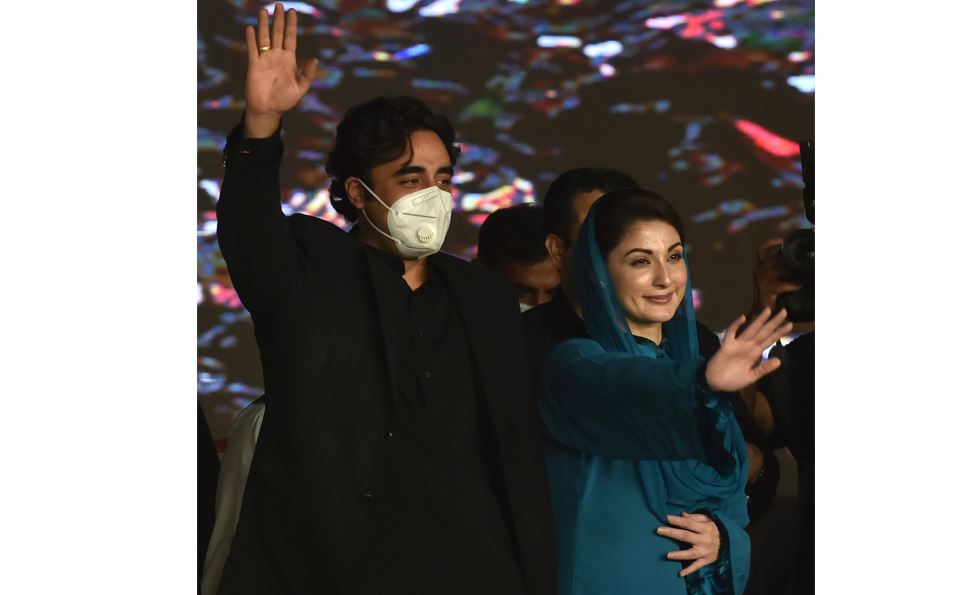 THE Chairman of Pakistan People’s Party (PPP) Bilawal Bhutto is likely to meet Pakistan Muslim League-Nawaz (PML-N) supremo Nawaz Sharif in London on Wednesday (20), a day after he excused himself from taking oath as the foreign minister.

The two leaders are expected to “discuss the current political situation” in Pakistan, PTI reported. According to sources, Bhutto want to discuss the non-inclusion of Awami National Party (ANP), Balochistan National Party-Mengal (BNP-Mengal) and Moshin Dawar in the cabinet with Nawaz.

“If all goes well in talks with Nawaz Sharif, it is expected that Bilawal may take the oath as foreign minister on his return from London,” sources said.

Bhutto, 33, did not take the oath on Tuesday (19), despite attending the cabinet oath-taking ceremony as a guest. There are speculations about his reluctance to join the government led by prime minister Shehbaz Sharif.

If confirmed, the Oxford-educated Bhutto would be one of the world’s youngest foreign ministers and tasked with repairing links with the West that frayed under the leadership of Khan, who accused Washington of conspiring to oust him.

Bhutto is the son of former president Asif Ali Zardari and assassinated ex-premier Benazir Bhutto, as well as the grandson of another prime minister, Zulfikar Ali Bhutto, who was executed in 1979.

The two main political parties- PPP and PML-N-have been alternatively in power when the military was not ruling the country. The powerful Army has ruled the coup-prone country for more than half of its 75 plus years of existence.

Confirming Bhutto’s departure for London, PPP secretary-general Farhatullah Babar said the main purpose of meeting Sharif, is to congratulate him on the coalition government and “discuss the current political situation, reports said.

Sharif, against whom several corruption cases were launched by the government of former prime minister Imran Khan, had left for London in November 2019 after the Lahore High Court granted him a four-week permission allowing him to go abroad for his treatment.

Sharif, 72, had given an undertaking to the Lahore High Court to return to Pakistan, citing his record to face the process of law and justice within four weeks or as soon as he is declared healthy and fit to travel by doctors. He was also given bail in the Al-Azizia Mills corruption case in which he was serving seven-year imprisonment in Lahore’s high-security Kot Lakhpat jail.

PPP is the second-largest party in the current coalition government. The cabinet formation was delayed for days due to differences among the coalition parties, mainly due to the initial refusal by the PPP. Later, Sharif ensured that Bhutto’s party joined his government.

Sources said that Bhutto is still reluctant to join the cabinet because it may hinder his political activities ahead of elections which are likely to be held by the end of the year.