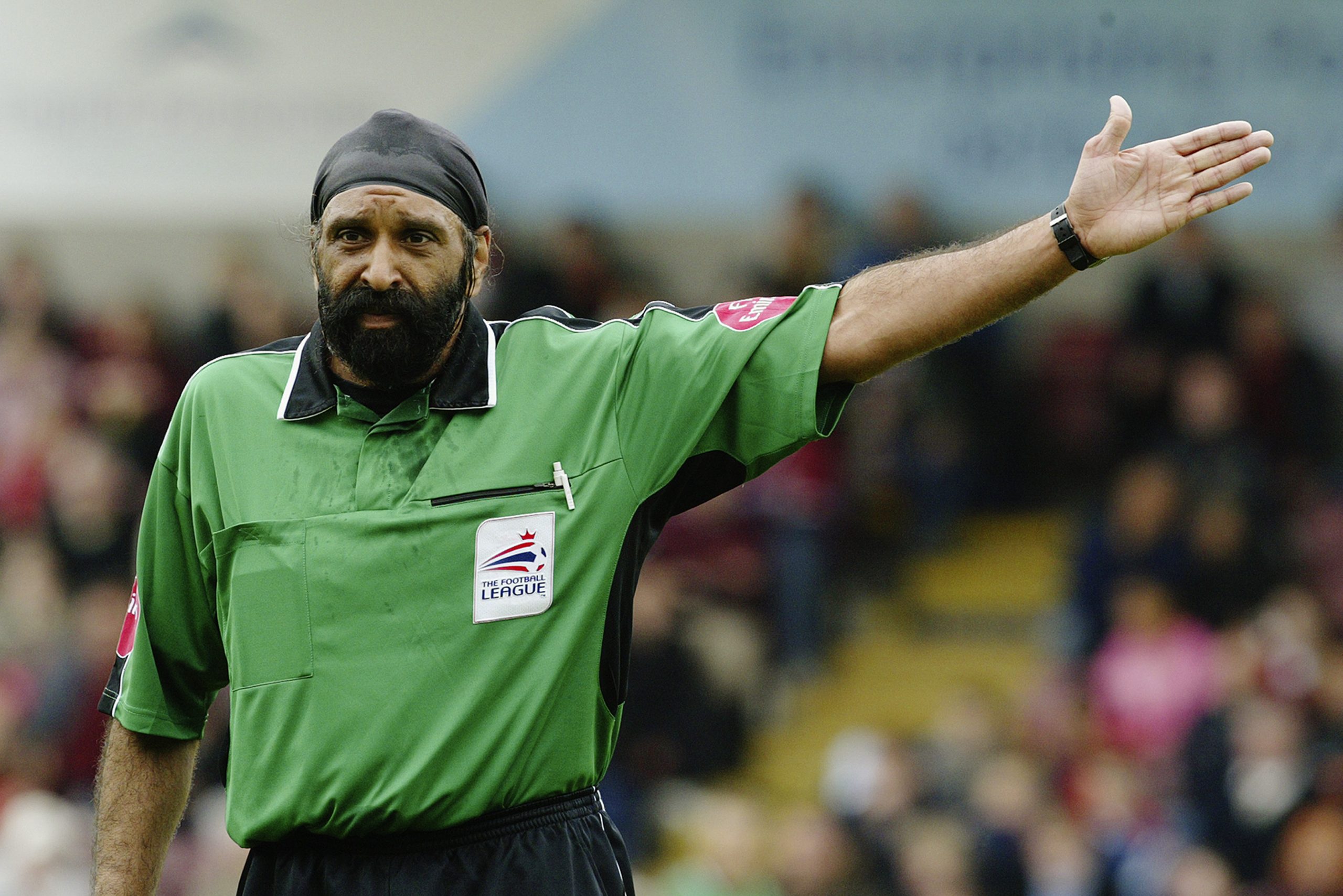 FORMER football referee Jarnail Singh says his sons Bhups and Sunny Singh Gill are making themselves and their community proud by doing well in their careers.

In the history of English league football, Jarnail is the first turbaned referee, who took charge of more than 150 games across divisions from 2004 to 2010.

Last season as reported by Sky Sports News, his sons Bhups and Sunny Sing Gill made history by becoming the first British south Asians to preside over a fixture in the Sky Bet Championship.

Jarnail feels by following in his footsteps both his sons are giving the community hope.

“As a parent, I’m very proud that the boys have followed in my footsteps and they are doing themselves and the community proud,” Jarnail was quoted saying to Sky Sports News.

“I never say that they are doing well because it only takes one game and they are back to where they started in terms of merit positions.

“But I can see that they are more committed than ever because they both want to progress to the next level, so they really are giving it 110 per cent.

“Making history last season, of course, it naturally gave them a lift and more thirst for success – especially as it was covered so positively in the media. At the same time, both are laid back and they pretty much just take things in their stride.

“Sunny is doing okay, he’s getting some bigger games and he refereed in the FA Cup recently but it’s good for everybody that they are doing well.

“And if they do well, and hopefully take that next step, they can be in the spotlight a little more and go on to become even greater role models for our future generations of referees, players and coaches.”

Bhups could be seen regularly as an assistant referee in the Sky Bet Championship, and being next in line for promotion to the Premier League pool of match officials. Jarnail says Bhups is progressing in the right direction by adding experience with more games.

“Last year was his first year in the Championship and he’s building up more experience and getting more games under his belt. The more games that you do, the more confidence you get as well.

“Time will tell if he is ready to step up. Never say never, but he has definitely got the ability and hopefully both he and Sunny can go on in the game and do themselves proud.”

Dilan Markanday to British south Asian players: If you’re good enough, you can make it