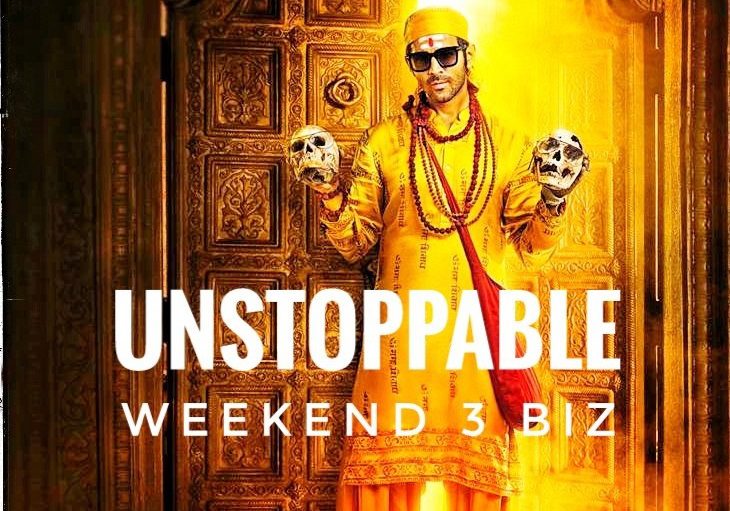 Toplined by Kartik Aaryan, Bhool Bhulaiyaa 2 (2022) is having a dream run at the domestic box office in India. Helmed by Anees Bazmee, the horror-comedy film hit cinemas on May 20 and has been earning steadily ever since. The film has now crossed the much-coveted ₹150 mark in India as it raked in ₹154.82 crores till Sunday, June 5.

Not just in India, but the film has been doing thunderous business overseas also. If reports are to be believed, the horror-comedy has gone past the ₹200-crore mark with its worldwide collection. The film is holding it really well in theatres despite new releases such as Samrat Prithviraj, Major, and Vikram.

In a media statement, the makers of the film said, “Holding steady in theatres despite new releases, this horror-comedy continues to score big as it collects ₹5.71 on day 17 and takes the collection to ₹154.82 cr.”

Also starring Kiara Advani and Tabu in significant roles, Bhool Bhulaiyaa 2 is a sequel to Akshay Kumar, Vidya Balan, and Shiney Ahuja’s 2007 hit Bhool Bhulaiyaa. The sequel has turned out to be a much bigger hit than its predecessor.

While Bhool Bhulaiyaa 2 is busy smashing one box office record after another, Kartik Aaryan over the weekend informed his fans that he has contracted Covid-19. “Everything was so good, but Covid could not be kept at bay,” he shared as a caption of the post.