Beyoncé goes almost naked for an album cover: ‘It allowed me to feel free and adventurous’ 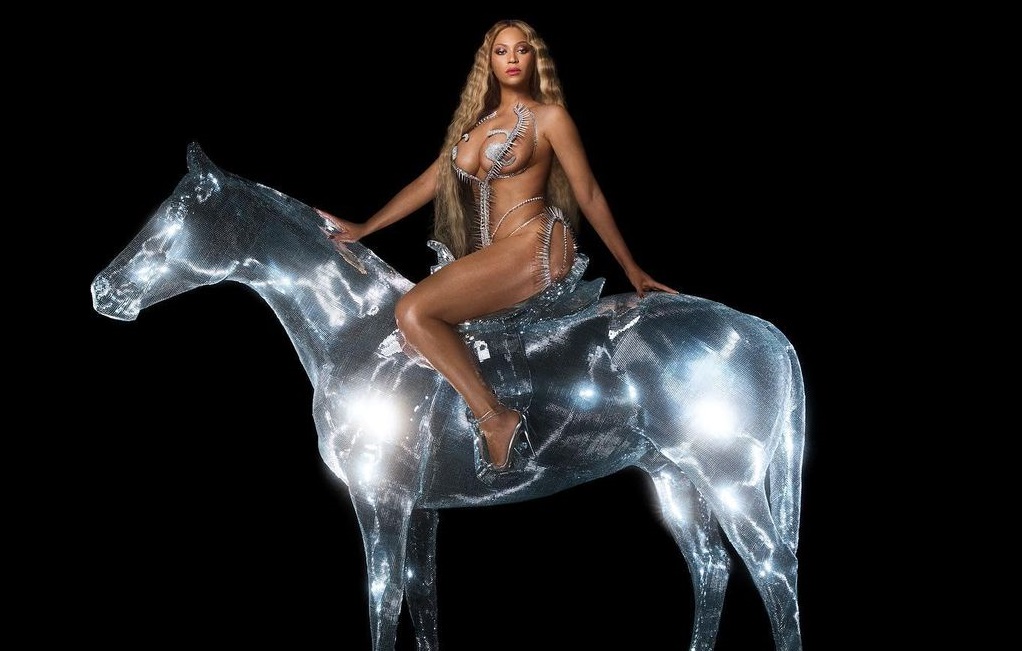 Six years after the release of her album Lemonade, Beyoncé has unveiled the artwork for her upcoming seventh studio album, titled Renaissance.

In the photo, which has taken the internet by storm, the singer poses on a holographic horse while wearing a revealing bikini, shedding the swaths of yellow-gold fabric from her iconic Lemonade video.

The barely-there bikini, styled by Marni Senofonte and Vance Gamble, curved in a helix pattern from the base of Beyoncé’s neck and circled around her hips. A pair of chrome nipple pasties adorned the top half of the one-piece suit, while the rest of her chest was trimmed with delicate strings of crystal that glistened as bright as her gleaming riding saddle. She paired the look with liquid silver heels, a caramel manicure, matching eyeshadow, a bright-pink lip, and honey-brown waves that cascaded past her waist, evocative of a popular hairstyle from the 16th century.

“Creating this album allowed me a place to dream and to find escape during a scary time for the world,” Beyoncé said on Instagram.

She went on to add, “It allowed me to feel free and adventurous in a time when little else was moving. My intention was to create a safe place, a place without judgment. A place to be free of perfectionism and overthinking. A place to scream, release, feel freedom. It was a beautiful journey of exploration. I hope you find joy in this music. I hope it inspires you to release the wiggle. Ha! And to feel as unique, strong, and sexy as you are.”

Beyoncé shared the album cover on June 30, exactly one month before the official album comes out on July 29. So far, only one song from Renaissance has been made public, “Break My Soul,” which was released on June 2, 2022.