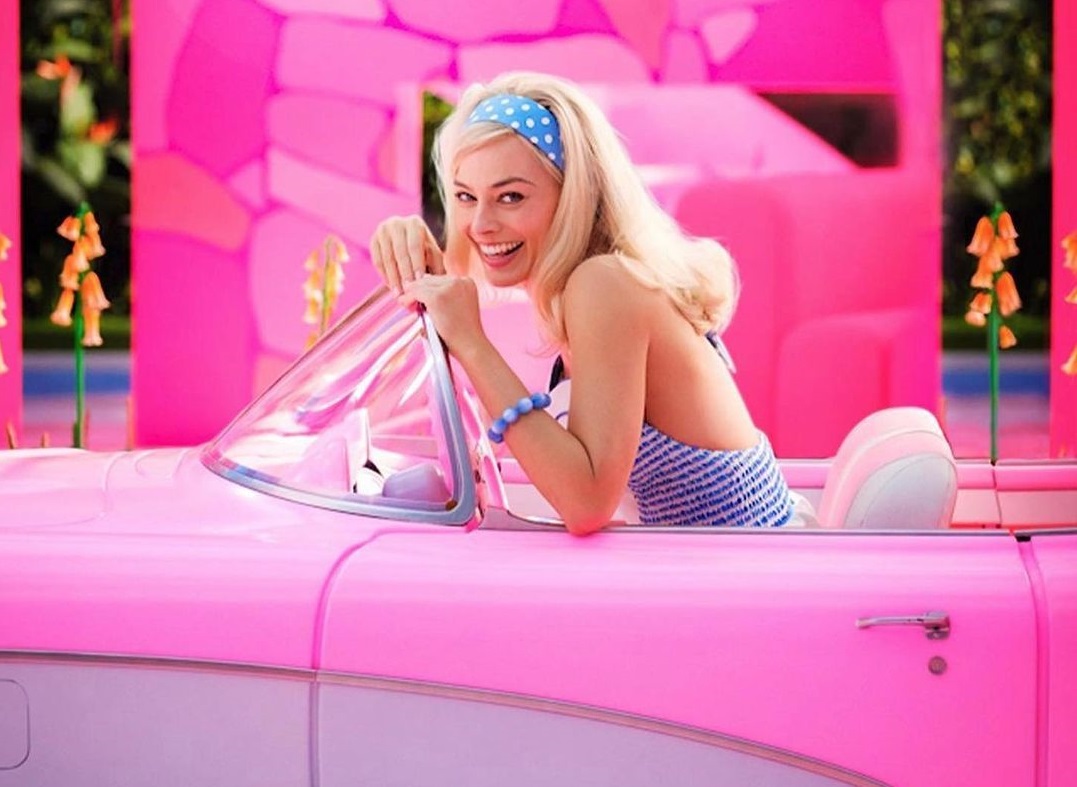 Barbie, the upcoming film from the stable of Warner Brothers, has been creating a lot of noise lately. It has just been a couple of days since we got to see some amazing pictures from the set of the film. We saw images of Ryan Gosling’s Ken character rollerblading with Margot Robbie’s Barbie character in what appears to be Venice Beach, California.

And now, a leaked BTS video has taken the internet by storm due to a very specific moment where Margot Robbie gets slapped on the a**. The video shows a scene of a guy coming up behind Barbie (Margot Robbie) and slapping her butt. Barbie quickly becomes angry and turns around and slaps the guy across the face.

Now, let us tell you very clearly that this was just a scripted moment. Margot Robbie was seen acting out the punch as she clearly did not really punch the co-star and then she acted very shocked she did so afterwards.

The actress was wearing her pink one-piece swimsuit over hot pink biker shorts with neon green elbow pads, kneepads, and rollerblades, which matched her co-star Ryan Gosling’s outfit. The guy who smacked her was dressed in preppy clothes, including a blue button-down, chino shorts, and a backward cap. When Margot slapped him, the hat went flying.

Barbie started filming some time ago and the makers have set July 21, 2023, for the theatrical release of the film, opening alongside Universal Pictures’ Oppenheimer. In addition to Margot Robbie and Ryan Gosling, the much-anticipated film also features Will Ferrell, Michael Cera, Kate McKinnon, and more.

Lady Bird auteur Greta Gerwig is helming the project from a script she co-wrote with Noah Baumbach.