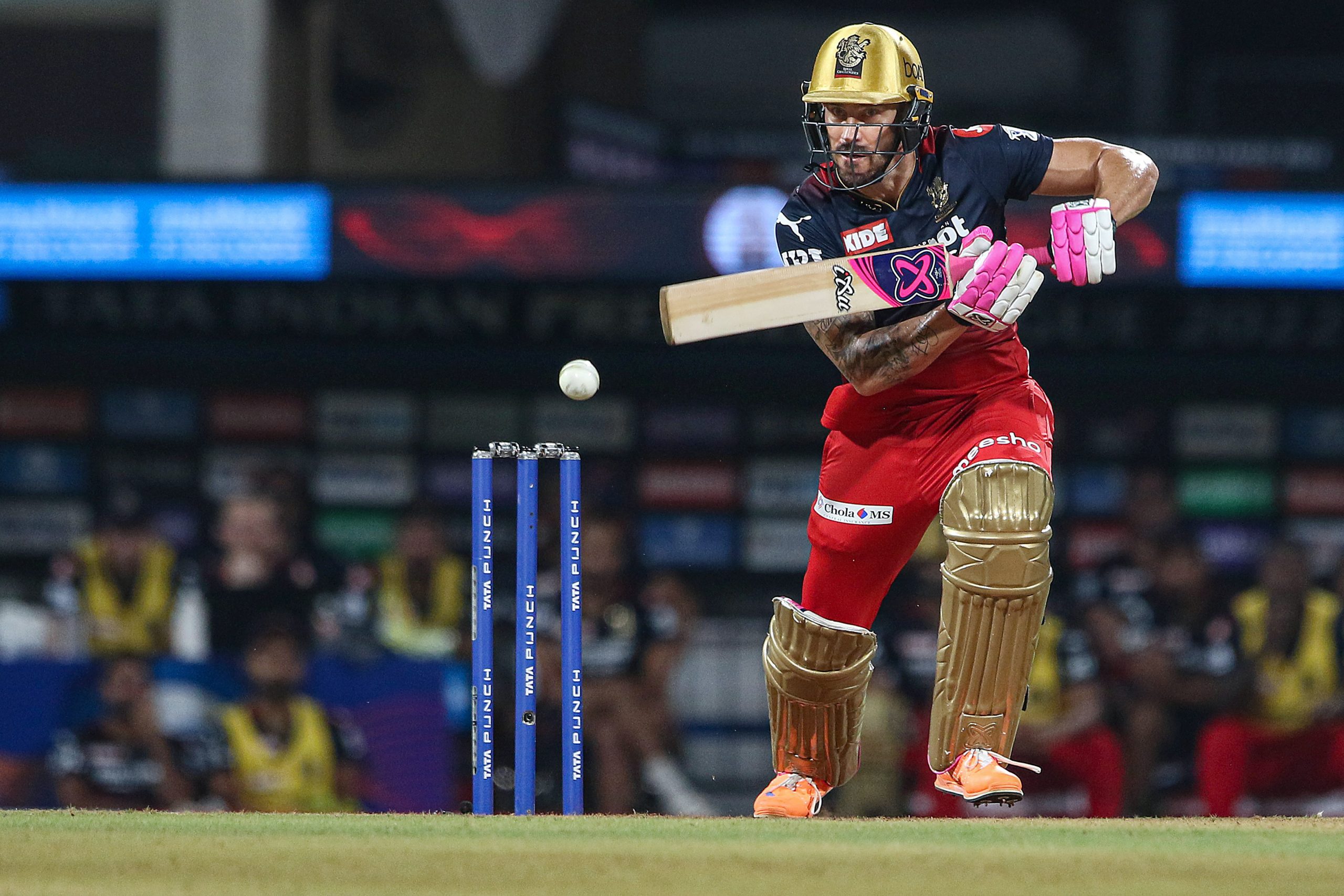 The South African made Bangalore fight back with his 64-ball knock after they lost two wickets, including Virat Kohli for a golden duck, in the opening over in Mumbai.

RCB posted 181 for six, a total their bowlers — led by Australia fast bowler Josh Hazlewood — defended by restricting Lucknow to 163-8.

But the 37-year-old Du Plessis remained the hero after he put on a 70-run fifth-wicket stand with Shahbaz Ahmed, who made 26, and then a brisk 49 with the in-form Dinesh Karthik.

The former Proteas skipper missed out on a hundred after holing out off Jason Holder in the final over of the innings.

“My elusive IPL hundred… I feel it is around the corner,” said man of the match Du Plessis, who equalled his previous IPL best of 96 against Punjab Kings in 2019.

“I wanted to make a big impact because the last few games had been quiet for me. I went through my own processes and blueprint for scoring runs so I had a clear mental image going into this match and I am glad that it paid off.”

Bangalore, who are searching for their maiden IPL title, moved to second in the table behind leaders Gujarat Titans. Lucknow slipped to fourth.

Hazlewood returned figures of 4-25, including the key wickets of opener Quinton de Kock for three and Marcus Stoinis, who made a 15-ball 24 before being bowled by his international teammate in the penultimate over.

The KL Rahul-led Lucknow, who are one of two new franchises along with Gujarat, lost regular wickets in their chase, with Hazlewood striking twice in his first two overs.

Rahul made 30 and Krunal Pandya hit 42 off 28 balls but it was Stoinis’ late blitz that raised Lucknow’s hopes.

“Everyone has chipped in and everyone looks in good form and everyone scored for us,” said Rahul. “Important that one or two guys who have a good day need to dig in and take the team through.”

Wednesday’s match between Delhi Capitals and Punjab Kings has been shifted to Mumbai’s Brabourne Stadium from Pune due a Covid outbreak in the Delhi team.