Australian Prime Minister Scott Morrison on Monday refused to intervene to stop a Tamil family from being deported to Sri Lanka, saying an “exception here or there” would only could increase people-smuggling trade.

His comments came amidst a mounting public and political pressure on the government to let the Tamil couple, Priya and Nadesalingam, and their two Australian-born toddlers to stay in the country.

The family is fighting to remain in Australia because they fear persecution in Sri Lanka.       “I know what happens when people think it’s okay to make an exception here or there,” he said in Sydney.

Morrison said if the government responds to “a public reaction” in support of a family that has been found not to be refugees, it could increase people smuggling.

“That’s not how you run strong borders…It’s not about the public mood, it’s about what is the right decision in Australia’s national interests to ensure that the integrity of our border protection regime is maintained,” he said.

The prime minister said he would never make any decision “in good conscience” that could possibly be seen as a message to other asylum seekers who think they could settle in Australia via boats.

It would also send “wrong message to those who are looking to sell tickets to vulnerable people looking to get on boats”, he said.

Priya and Nadesalingam arrived in Australia by boat separately in 2012 and 2013 seeking asylum. Their daughters — four-year-old Kopika and two-year-old Tharunicaa, born in Australia, have never been to Sri Lanka.

The Australian government’s immigration policies include turning away refugees arriving by boat and de facto offshore detention, both measures condemned by the United Nations.

According to the Department of Home Affairs, the family has been comprehensively assessed a number of times and consistently been found not to be genuine refugees.     Morrison, however, said the family can apply to return to Australia via proper channels from Sri Lanka.

“I do understand the real feeling about this and the desire for there to be an exception but I know what the consequences are of allowing those exceptions…They can return to Sri Lanka and they can make an application to come to Australia under the same processes as everyone else, anywhere else in the world. And I would hope they do,” he said.

On Sunday, several Australian politicians urged the government to let the family stay back, while thousands of people took part in nationwide rallies showing their support to the couple and their toddlers.

According to a Australian Associated Press (AAP) news agency report, opposition leader Anthony Albanese raised the issue with Morrison and highlighted the need for his intervention in the case.

The family was moved to a detention centre in the remote Christmas Island on Saturday, despite a court order blocking their deportation.

Greens leader Richard Di Natale has rallied his support for the family, saying the government’s action to deport the family to the detention centre was a “senseless cruelty”.  Hundreds of people participated in rallies across Australia on Sunday, urging the government to let the family stay. Chanting “let them stay”, they marched through the cities and towns.

The Department of Home Affairs had earlier ordered the family to be sent to Sri Lanka. However, a Federal Court on Friday extended an interim injunction against the deportation until Wednesday, following which the aircraft on which the family was travelling to Sri Lanka was grounded before it left the Australian airspace.

Subsequently, the family was moved to Christmas Island on Saturday. 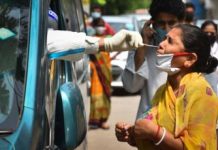 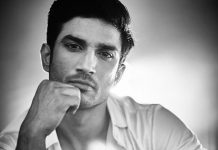