‘An Indian in the House’, Lord Mohamed Sheikh’s book on 4 Indian trailblazers, released 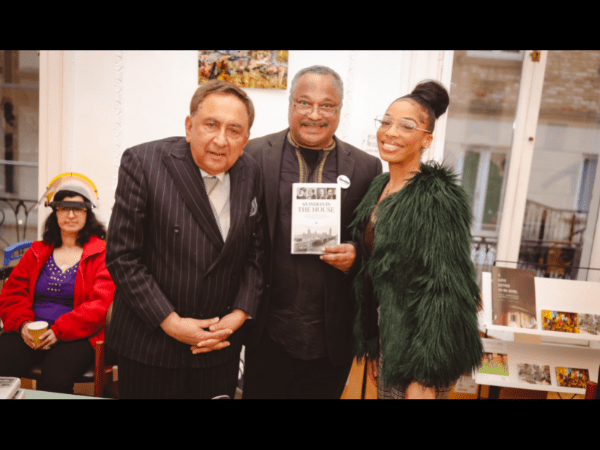 MAY 26 marked a special day for Lord Mohamed Sheikh as his book ‘An Indian in the House’ was released in the presence of Lord Meghnad Desai and many other dignitaries at a grand event held at the Nehru Centre in London.

The book details the lives and times of Dadabhai Naoroji, Mancherjee Bhownaggree, Shapurji Saklatvala, and Satyendra Sinha, the four trailblazers who brought India to the British parliament for the first time.

Three of the first four Indian leaders to hold parliamentary office in the UK were elected from their constituencies on separate party tickets. When Satyendra Sinha, a hereditary peer, was chosen, he received a ministerial post in Westminster.

In a statement, Lord Sheikh said, “The book is a tribute to the four trailblazers.”

“When I became Lord, I had seen portraits of three MPs in Parliament but did not see the picture of Lord Sinha and urged the authorities about it. Following Lord Sheikh’s representations the Parliamentary authorities have now placed a portrait of Lord Sinha with the other parliamentarians.

“My book is not inspired by any party or political agenda. Dadabhai was elected as a Liberal candidate in 1892 from Finsbury Central, London. He was helped by Bhownaggree to contest the elections. Sinha was never a political leader, but he was very clever and a diplomat. This book gives information about the four pioneers.”

Lord Meghnad Desai said on the occasion, “This is a great achievement as we are going to celebrate the Queen’s Platinum Jubilee today.

“Britain is a multinational country, and these four leaders have been MPs here for many years. If you look at today’s cabinet, you can see the Chancellor, the Home Secretary, the Health Secretary, and the Minister of Education are ethnic. The children of many migrant workers have attained high positions. India has been treated very differently by Britain.

“This book is unique. Dadabhai and Mancherjee were very influential people, and Saklatvala was a communist thinker for the workers. Lord Sinha was the first Minister of the Crown. Responding on behalf of the governor in Parliament at the time of the Jallianwala Bagh massacre, he said that the massacre was “avoidable”. We need to keep in mind that we are here for British politics, not to represent India. It’s a great book, and I hope Lord Sheikh will write more.”

All proceeds from the sale of the book were donated to St. Christopher’s Hospice.

A sum of £4,420 was collected at the launch for St. Christopher’s Hospice and all proceeds from the book’s sale are being donated to the Hospice on an ongoing basis and in perpetuity.