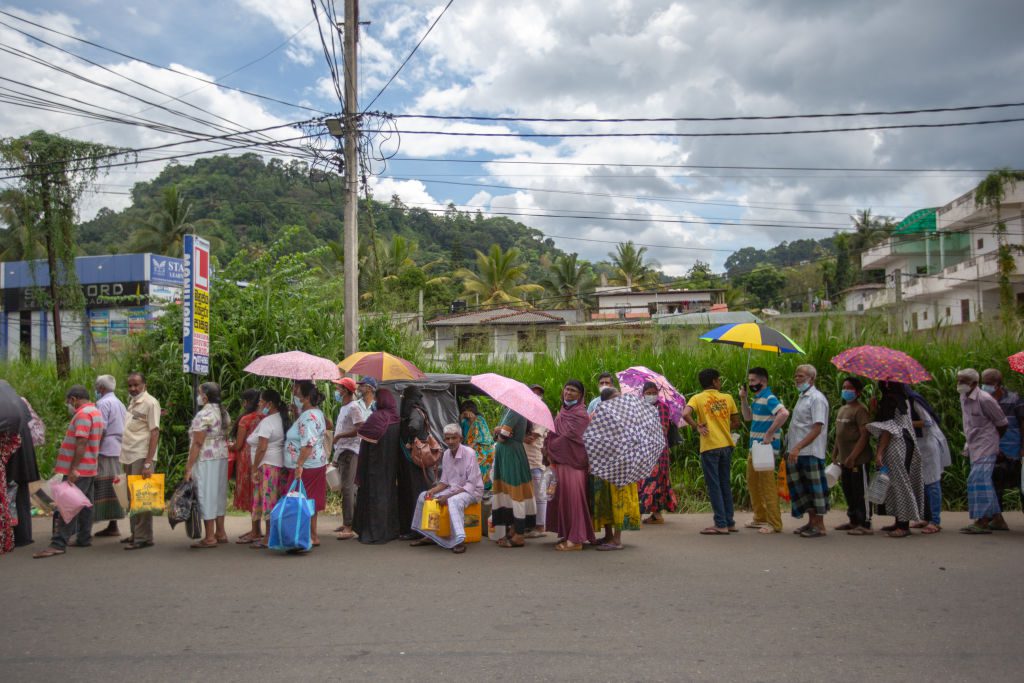 SRI LANKAN president Gotabaya Rajapaksa has instructed officials to stockpile adequate essentials and warned against organised efforts of traders from creating an artificial scarcity amidst an impending food shortage facing the island nation in the next three months, media reports said on Friday (3).

Sri Lanka is going through the worst economic crisis since independence in 1948.

A crippling shortage of foreign reserves has led to long queues for fuel, cooking gas, and other essentials while power cuts and soaring food prices heaped misery on the people.

“President Rajapaksa has instructed relevant officials to take measures to ensure that there is no shortage of goods and prevent the organised efforts of some businessmen to increase prices by pretending to have a shortage of goods,” news portal Economy Next quoted a statement from the presidential media division.

Rajapaksa also instructed the consumer affairs authority to take legal action against those taking advantage of the current situation and are trading at unfair prices, according to news portal Colombo Page.

The president’s request comes after experts have warned of a possible shortage of rice and other essential food items from September this year because of lower production due to the impacts of Rajapaksa regime banning chemical fertilisers in April last year and the inability to import amid an acute dollar shortage, the Economy Next report has said.

Prime minister Ranil Wickremesinghe has also warned of an acute food shortage by September, for which the island nation would require $600 million (£478) to import fertiliser amid Sri Lanka’s near-zero foreign currency reserves, the report said.

Wickremesinghe who met senior officials of the UN Food and Agricultural Organisation (FAO) and the United Nations Development Programme (UNDP) briefed them about the situation faced by the country.

Wickremesinghe said that the biggest issue currently facing the agriculture sector is the fertiliser and fuel shortage.

Prior to the fertiliser ban, Sri Lanka was self-sufficient in rice production.

“A portion of the agricultural produce distributed to the wholesale market should be made available directly to the rural market,” the PMD said in the statement.

The president said that this would reduce the cost of transportation and enable rural consumers to purchase goods at lower prices as well as an opportunity for farmers to obtain higher prices, it said.

Soaring inflation rates have continued to roil the crisis-hit Sri Lankan economy, with the National Consumer Price Index reporting a 33.8 per cent year-on-year rise in April this year, more than six times the 5.5 per cent reported last year.

The annual food inflation stood at a whopping 45.1 per cent this month, according to the department of census and statistics.

Last month, the Sri Lankan government hiked the petrol price by 24.3 per cent and diesel by 38.4 per cent. Sri Lanka is now negotiating a loan with the IMF.