Ali Rehman Khan: We’ve a responsibility to point society in the right direction 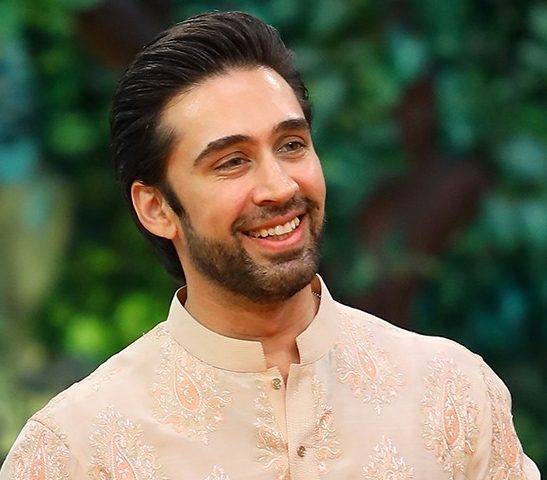 The stereotype smashing story revolves around a married couple unable to have children and how their happy life starts falling apart when the wife asks her husband to get an infertility test.

Ali Rehman Khan takes on the challenging role of a husband who has an unexpected crisis and portrays the kind of hero not seen before in Lollywood. The Wajahat Rauf directed satire with a strong supporting cast adds to an impressive body of work for the acclaimed actor.

Eastern Eye caught up with the popular Pakistani star to discuss Parde Mein Rehne Do, positive impact of cinema and his Eid plans.

You have skilfully balanced film and television, but which do you prefer?
They are both very different formats and I really do cherish my time in each, but film has always been my first love and it will continue to hold that place in my heart.

How did you react when Parde Mein Rehne Do was offered to you?
I didn’t know what to expect going in. But I had already made up my mind a few months earlier that I would only take up films with stories that would excite me. So, when Wajahat called me, I was very intrigued. I read for the part with Wajahat, (executive producer) Shazia (Wajahat) and Mohsin (Ali), the writer, and by the end of it I fell in love with the script. I got so excited that I said yes that very moment. I couldn’t let go of it.

Is the Pakistani audience ready for a subject like this about infertility?
Seeing how social media has changed and accelerated information sharing across the globe, I feel people have more knowledge at the touch of their fingertips now more than ever. Now that people have command and access to information that is so easily available, I think this is the best time for the film to come out. I feel that even though it’s a taboo subject in Pakistan, I think people are ready to talk about it and will generally want to explore ways in which they can normalise conversations about it.

What was the biggest challenge of playing this role?
I think shooting in a pandemic. We had to stop and resume a year later, which really took us out of the whole flow. I had to get back into shape and mentally get back into character from exactly where we left off. With an uncertain work schedule, including Covid restrictions, it was very hard.

What is your favourite moment in the movie?
It was shooting scenes for the happy song. I really like the bond (lead characters) Shani and Nazo have, and it really always lifts me up when I see that song.

What is the key message of this film?
To spread awareness about this common issue and that it is common and there are ways available to treat it, both for men and women. Not by treating it like a lifelong disability while pinning all the blame on women.

Do you think cinema can make a difference with films like this?
Absolutely! Art and entertainment have always had a way of pointing out vices in society, and subliminally through careful messaging reach out to people in a way that can make them think about a certain issue. We’re not in the business of preaching, but we have a responsibility to point society in the right direction whenever we get the chance.

What can we expect next from you?
I’m working on several scripts at the moment, but those are still in development stage and so I think it would be a bit premature to talk about them. That being said, I’m very excited to announce them soon!

What are the kind of movies you enjoy?
I enjoy all films, but I’m a huge fan of sci-fi, adventure and comic books, so you can probably guess what I’m into! I don’t like having favourites when there are so many different masterpieces to choose from.

How will you spend Eid this year?
Ideally, I would love to spend it with family, but since I will be promoting my film, I’ll be spending it with my second film family who I love very much too.

Why should we watch Parde Mein Rehne Do?
It’s just a good film about an important issue neatly wrapped in a mix of drama, romance, and comedy, which is a full family entertainer. It’s really well written and directed and I know people will just feel good after leaving the cinema.

Parde Mein Rehne Do is in cinemas May 5