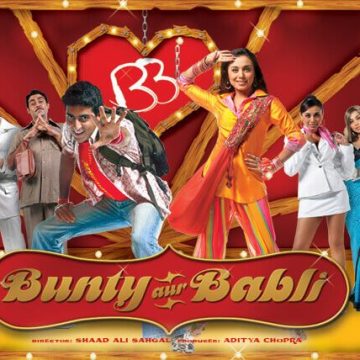 The movie was a super hit at the box office and Abhishek and Rani’s jodi was loved by everyone. Now according to a report in a daily, after 14 years of its release, the makers are reportedly planning for a sequel to the film titled Bunty Aur Babli Again.

A source told a daily, “The sets will be constructed in the first week of June in Mumbai and the shoot will also begin next month. The filmmakers have roped in the original cast and they will start shooting for the film from next month.”

Abhishek and Rani were last seen together in 2007 release Laaga Chunari Mein Daag. If Bunty Aur Babli Again is actually happening, we are sure their fans would be quite excited to see them together on the big screen again after a gap of more than a decade.

Meanwhile, currently, Rani Mukerji is busy with the shooting of Mardaani 2 in Kota, Rajasthan. Abhishek also has a couple of projects in his kitty. He will be seen in Anurag Basu’s next and will also be making his digital debut with Amazon Prime’s Breathe 2.