‘A Russian President with nothing to loose is more dangerous’ 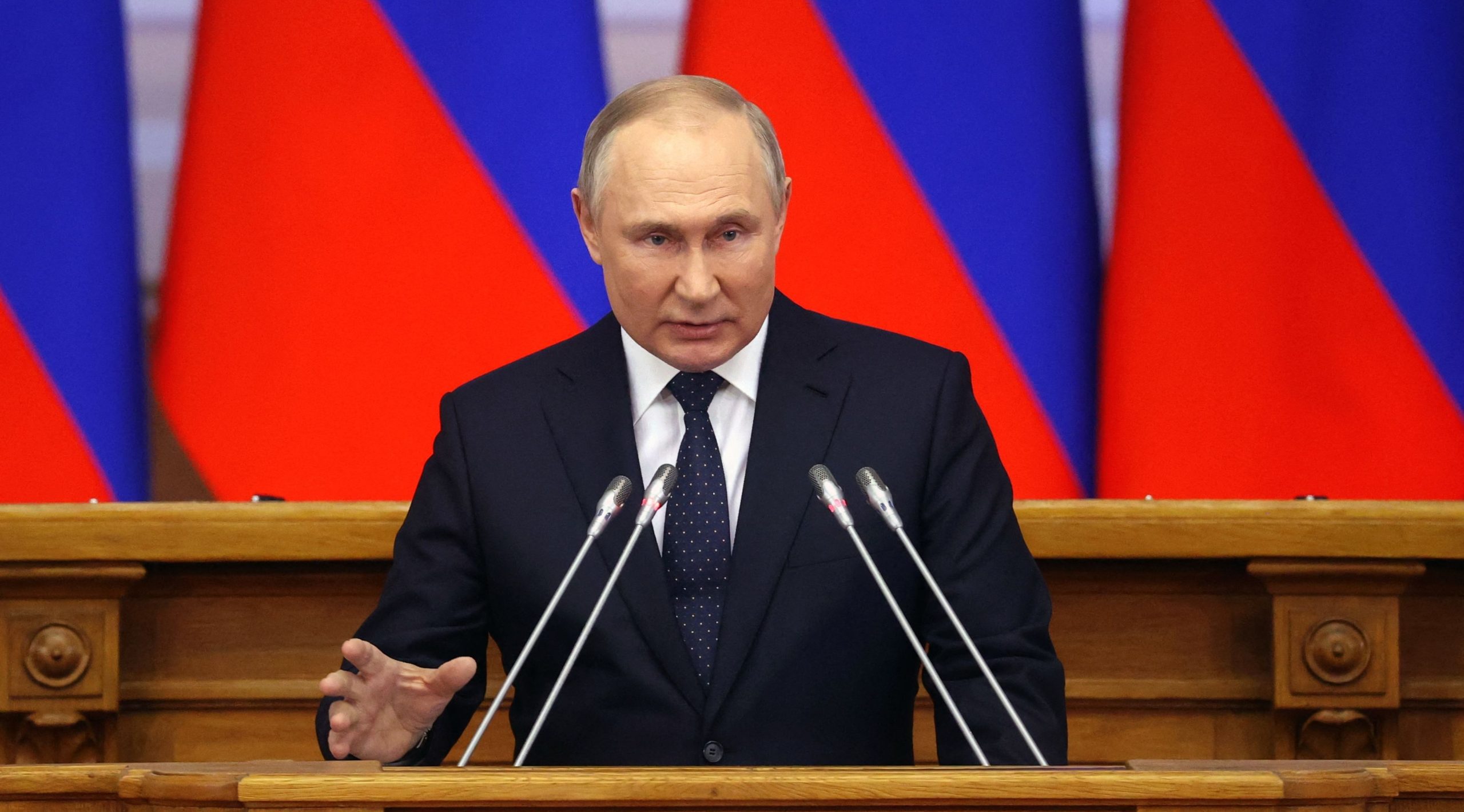 THE health of Vladimir Putin is a double-edged weapon. A British tabloid is reporting that Putin is “very ill with blood cancer”.

If the Russian president really is going down, he may calculate he has nothing to lose by taking everyone else down with him.

The source for the claim about Putin’s health is apparently a Russian oligarch named only as “Yuri”. The tabloid was relaying a disclosure first made in New Lines, an American magazine focusing on “the Middle East and beyond”.

The oligarch, who is said to have close ties to the Kremlin, “claimed a number of the health problems Putin is believed to be suffering from are linked to him having blood cancer.

“One example given was Putin’s lower back problems, New Lines reported. The Russian tyrant underwent surgery on his back in October 2021, just a few months before he ordered the invasion of Ukraine on February 24.

“Other examples cited by the magazine included Putin’s increasingly puffy face – a possible indicator of steroid use in his recovery – and the fact that he appears to be walking with a limp.

“Other sources have claimed in recent months that Putin, 69, is suffering from Parkinson’s.”

The west may calculate the invasion of Ukraine was very much Putin’s personal decision and if he is no longer in charge of Russia, his successor may not wish to continue the war. However, a Putin with nothing to lose is even more dangerous  and perhaps less hesitant to use the nuclear option against Ukraine and other countries.

If his intention in invading Ukraine was to discourage the expansion of Nato, his actions have had precisely the opposite effect.

Finland and Sweden, who have been careful to remain outside Nato, are now applying to join it.

Putin has warned his Finnish counterpart that relations between the two neighbours could be “negatively affected” if Finland follows through with plans to apply for Nato membership. No one in the west really knows how he will react except that a presenter on a BBC World Service programme I was listening to on Sunday said most experts had been confident that Putin wouldn’t actually invade Ukraine.

We are told on a daily basis that “plucky” Ukraine is being very brave in holding out against the Russians, who are not winning the war. But despite Russian losses, Putin looks set to carry on a war in which thousands of Ukrainian men, women and children have been killed.

How does the west bring this devastation to an end? Since Putin won’t budge there seems little point in telling him of his failures. Perhaps the time has come to talk over his head directly to the Russian people, who are being fed only Putin’s version of events.

The west’s message should be: “We have no quarrel with the Russian people. But you must prevail on your president to call off this senseless war.”

At the start of the war, Boris Johnson did tell the Russians in Russian: “I do not believe this war is in your name.”

The prime minister praised Russia’s contribution to world civilisation: “Russia’s poets and artists and authors have shaped our culture, and Russia’s soldiers fought so bravely with us in the struggle against fascism. But Putin’s actions are leading to complete isolation for Russia, shunned by the rest of the international community, hit by immense economic sanctions, and facing a needless and bloody war that is already costing countless lives from innocent Ukrainians, to your Russian soldiers, who will never see their families again.”

‘Give people a vote on expanding the Senedd’

How the Queen’s vision has shaped the Commonwealth

The Queen the Jubilee and the Commonwealth

‘This is a chance to help bridge divides, if we choose to take it’

Why Britain needs to reflect and bridge divides

Labour and its anti-India stance